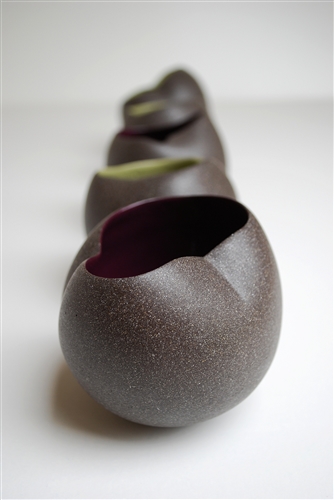 a fleet of small, clay boats

they are empty vessels that can be filled, literally and metaphorically

sometimes they are not boats, they become shells or shoes, cradles or tombs 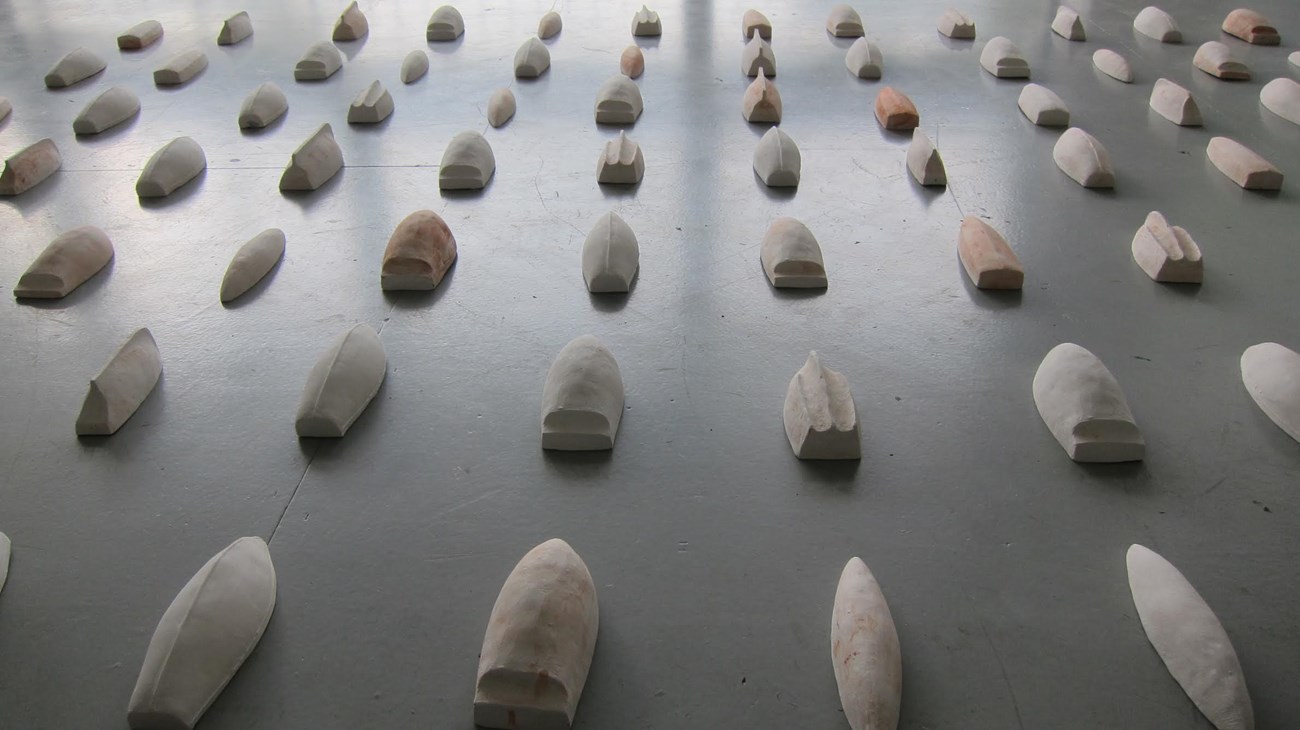 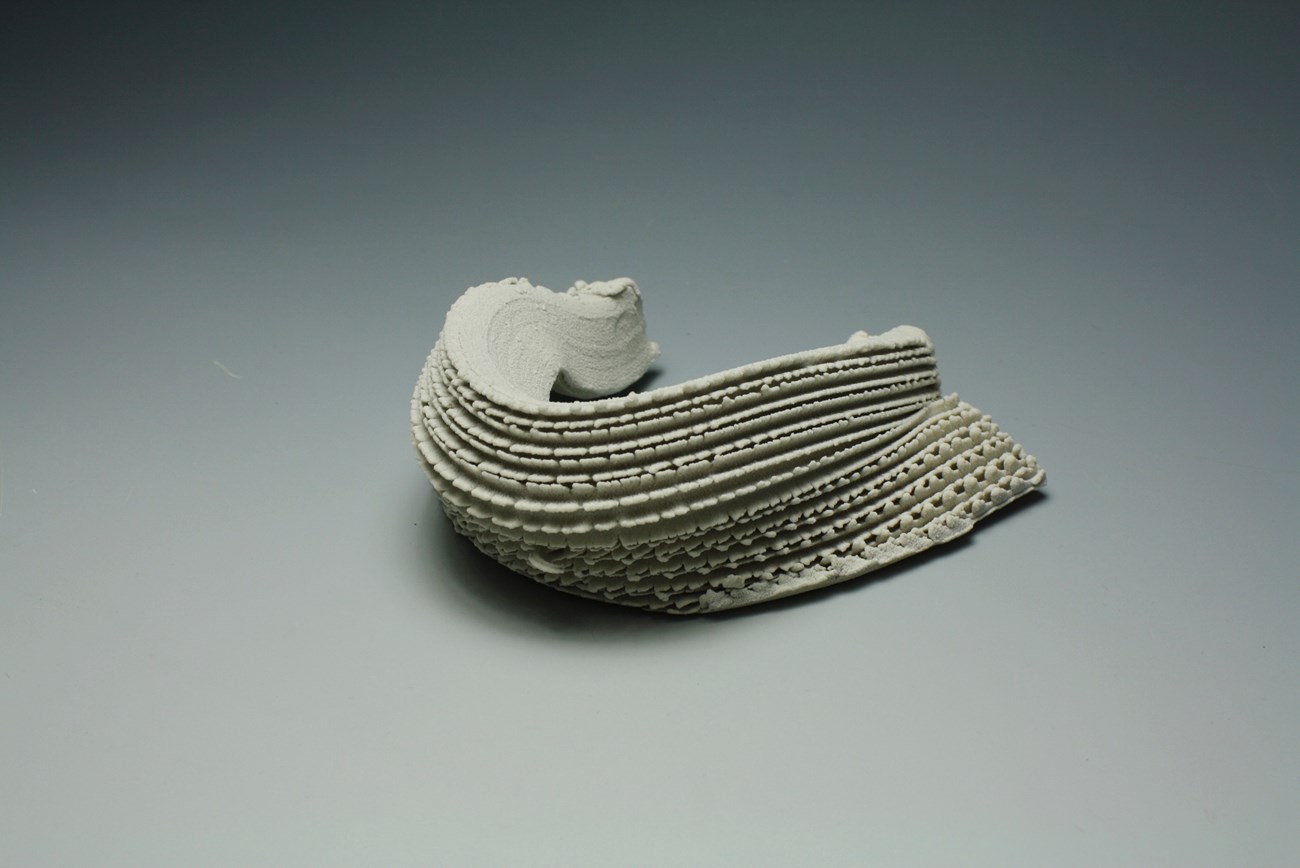 ‘my stone’ emphasizes the horizontal plane. Here a still photograph brings an inert object and a living body into the same durational space. A large clay object rests on a woman’s prone body; a seemingly absurd event held in suspension within the photographic image. 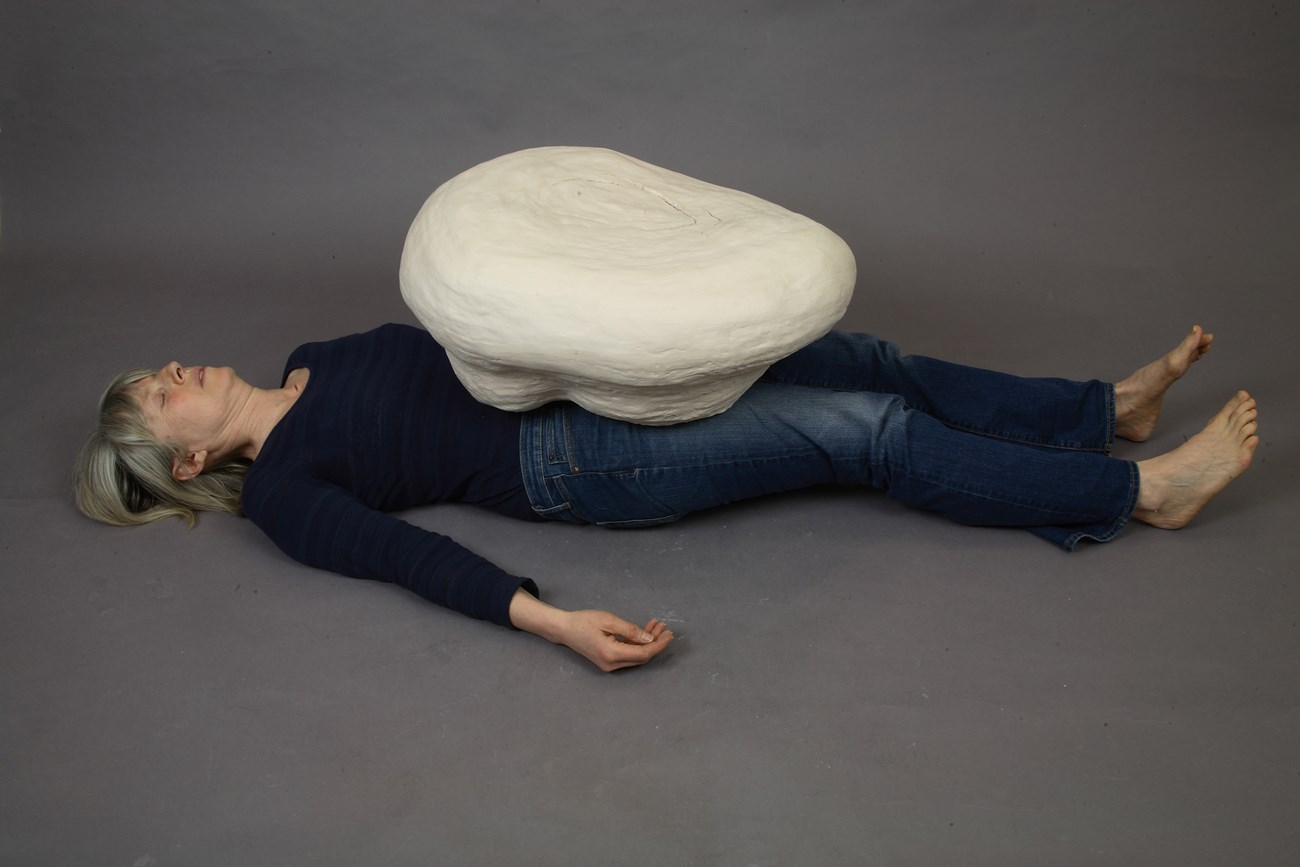 Best Laid Plans, as the title suggests, is about making plans in life. One year ago my sister was diagnosed with a brain tumour. All of the plans I had made in my life, and likewise for her and the rest of my family, instantly became obsolete. It made me feel the futility of making grand plans but as the year progressed I came to understand that this realisation would not stop me from continuing to do so. In this performance I used a set of playing cards to build a tower on the gallery floor, using the method my father taught me as a child. During the performance the house of cards collapses, revealing that the cards are made of porcelain. Some of the cards shatter in the fall but I continue to build my tower until I have used or broken all 52 cards. 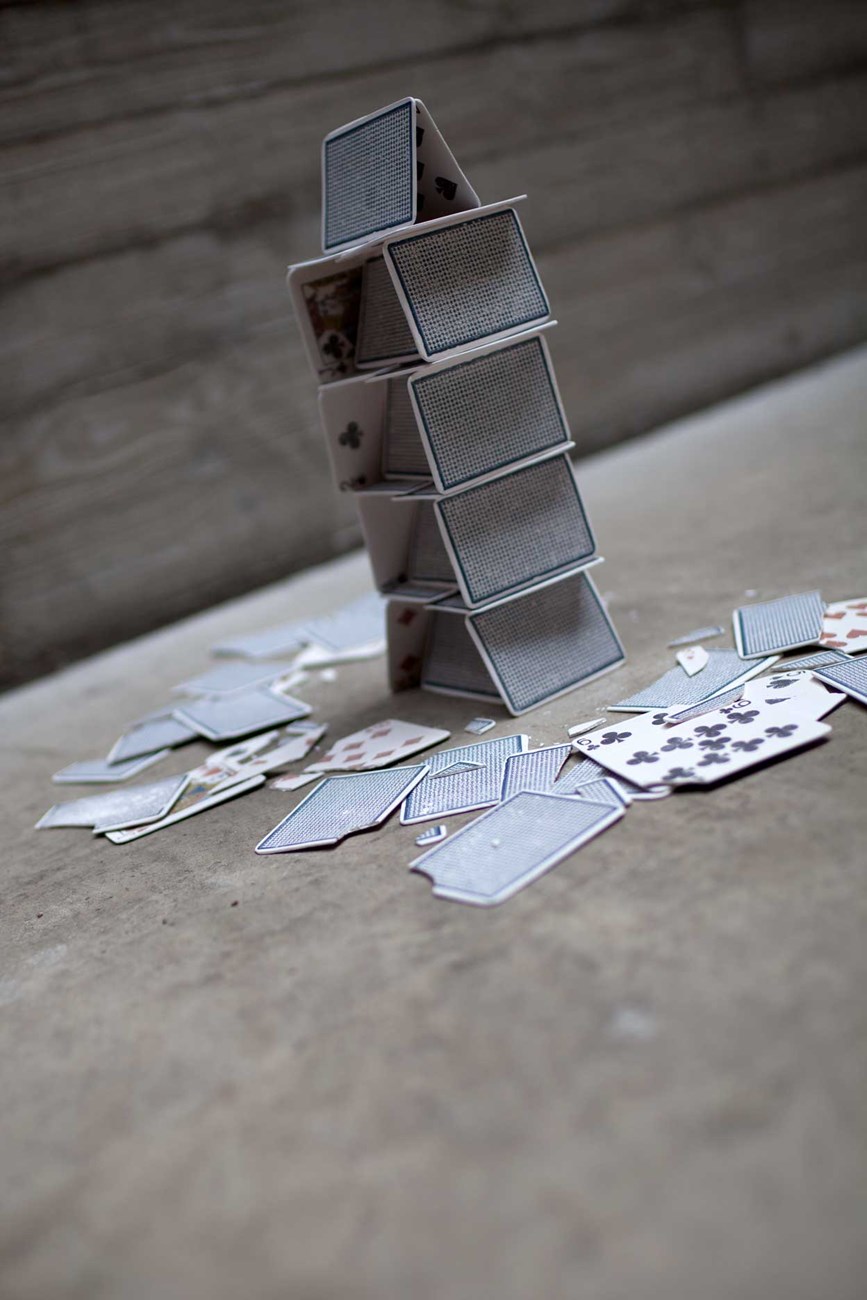