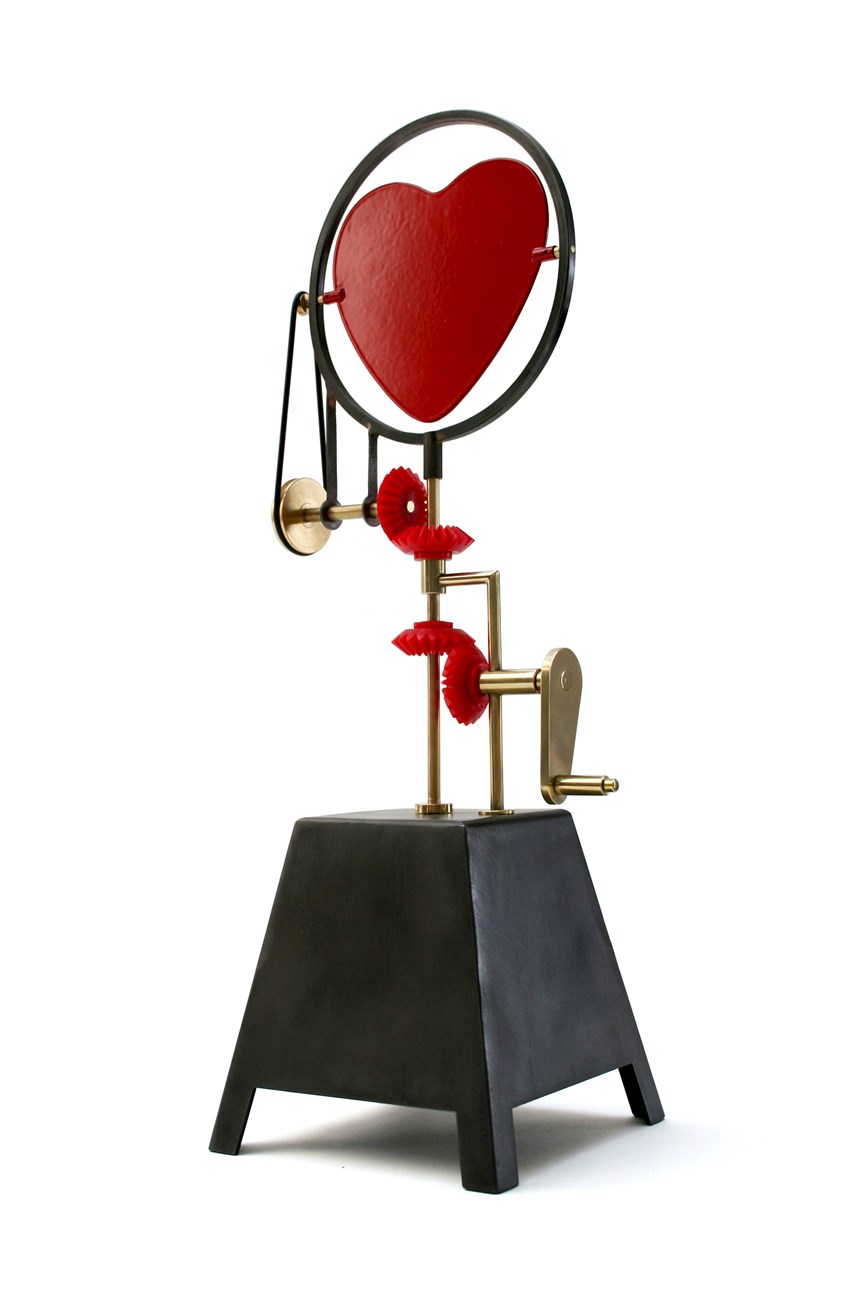 The next piece in a series of kinetic objects that celebrate love. As the handle is turned the gears engage to hypnotically flip, spin and rotate the heart.

"She makes my heart spin, she always has". 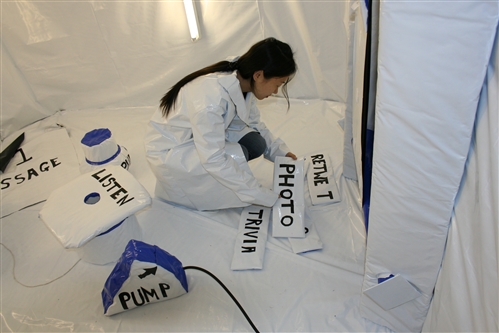 A performative installation where the audience is invited into the inside of a social networking machine to engage in simply social tasks and play with the objects and at the same time create a network between them and the other audience members in the space. It is built for 3 people and is durational so the audience can stay and play for as little or as long as they wish to, with games such as the Facebook Wall, Tweeter Feed, Tin Can's and the Message in a Bottle who would want to leave. 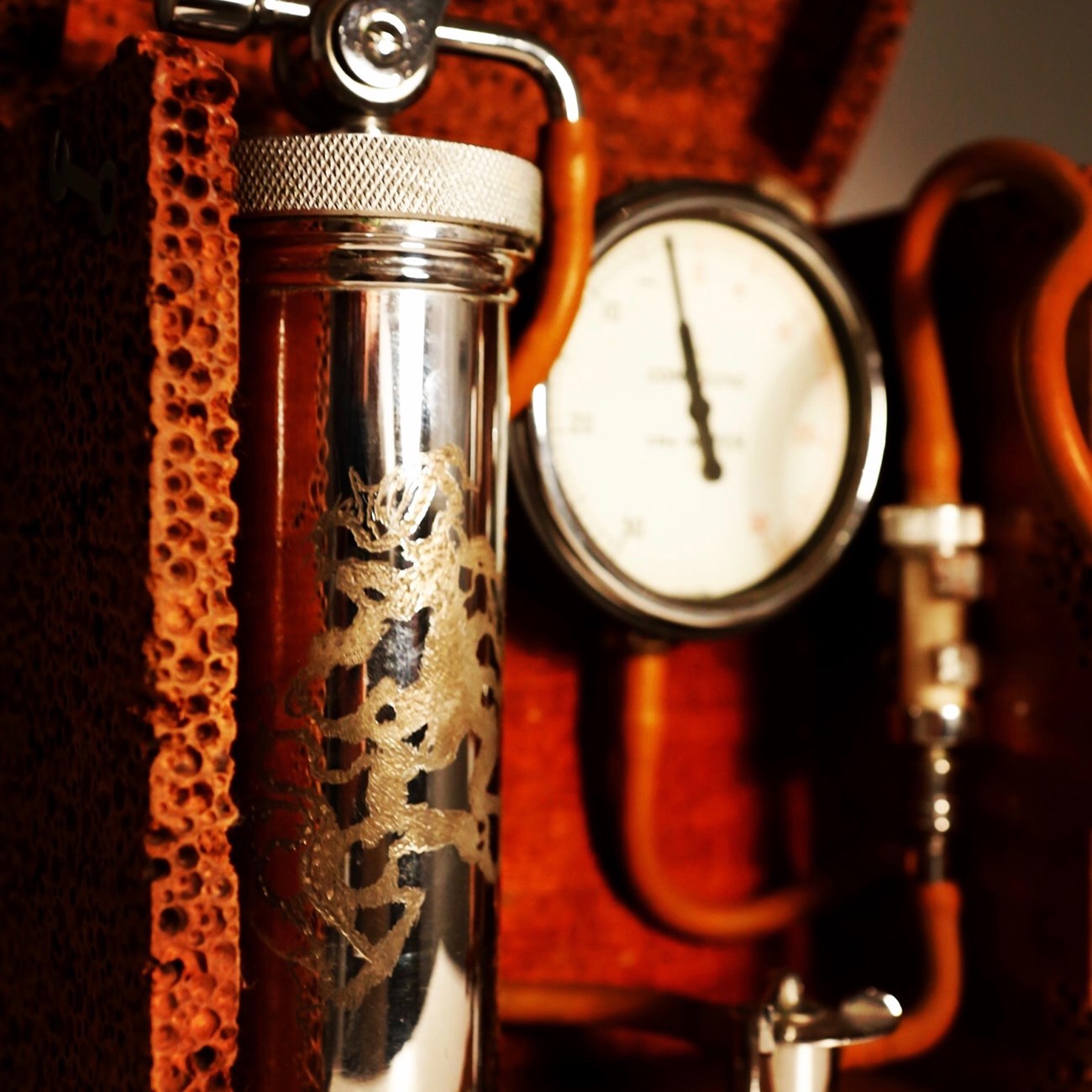 This altered Pneumothorax Machine was originally used to collapse the lungs of unfortunate patients in order to give them “a proper rest” in the belief that this would give them a chance to repair themselves, and also that it would cut off the oxygen supply to the tuberculosis (TB) bacteria and kill them. Around one third of pulmonary (lung) TB patients underwent some form of so-called ‘collapse therapy’ between the 1930s and 1950s until antibiotic treatments replaced this unpleasant procedure. The object is transformed through intricate carving and engraving. The carved case reminds us of the texture of the lung tissue as the immune system attempts to ‘wall off’ the ‘foreign’ TB bacteria that it cannot eliminate. The engraving represents a positive sputum smear test made using a Ziehl–Neelsen staining technique. 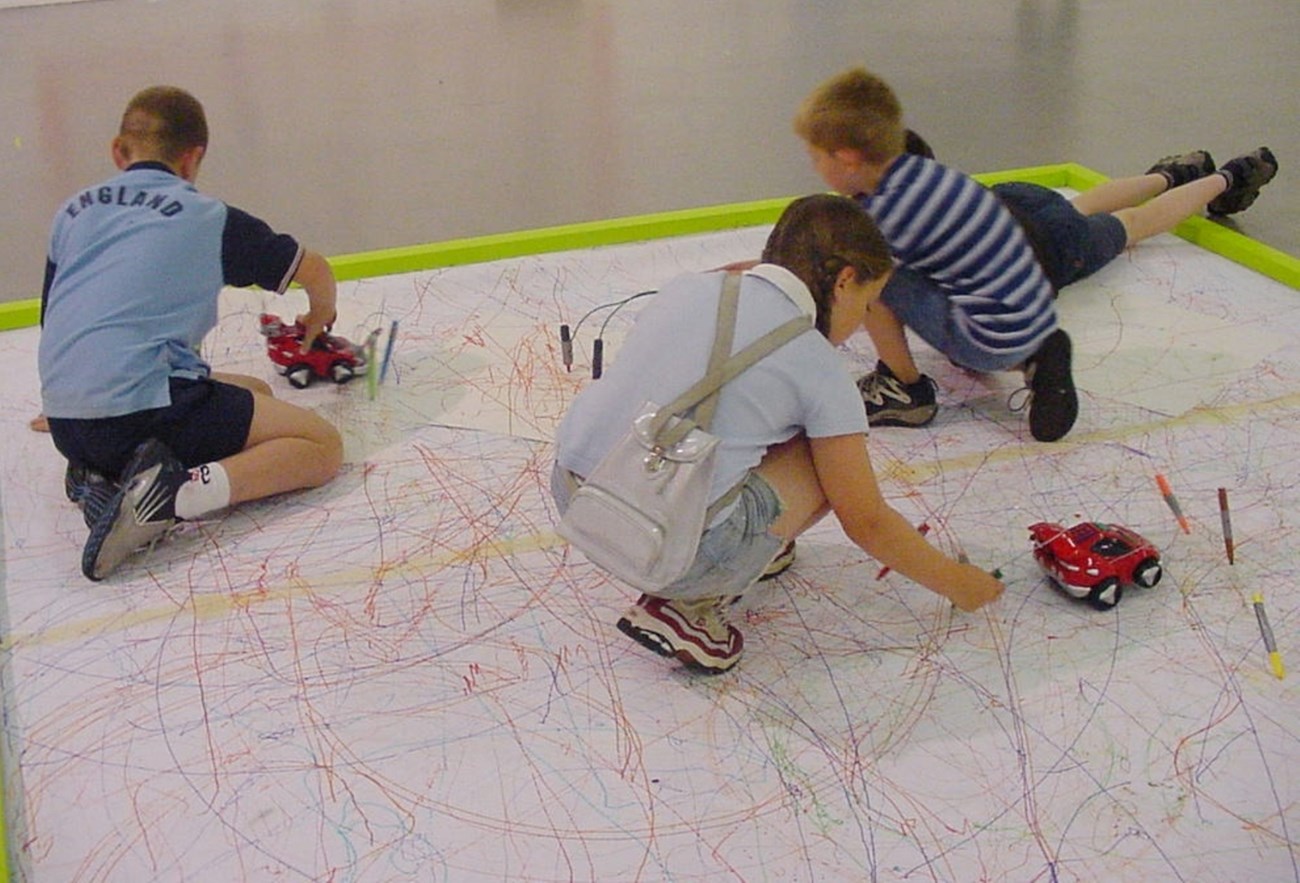 Another Rivet in the Machine (of the Universe), 2009 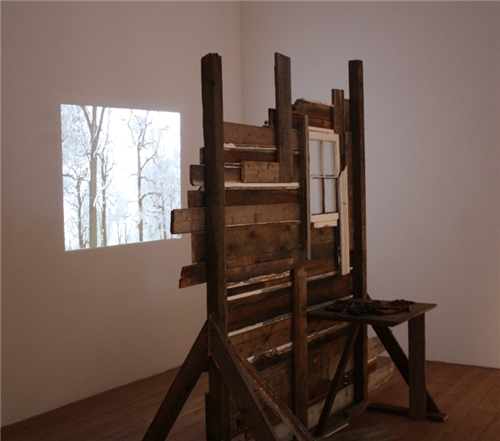