"Pilgrim" -The Artist becomes a pilgrim on the Camino de Santiago Pilgrim Trail. Accompanied by her husband and her pet dog Ghyllie, she experiences 50 days and 50 nights of back packing and Wild Camping. What things will she keep and what will she throw away? 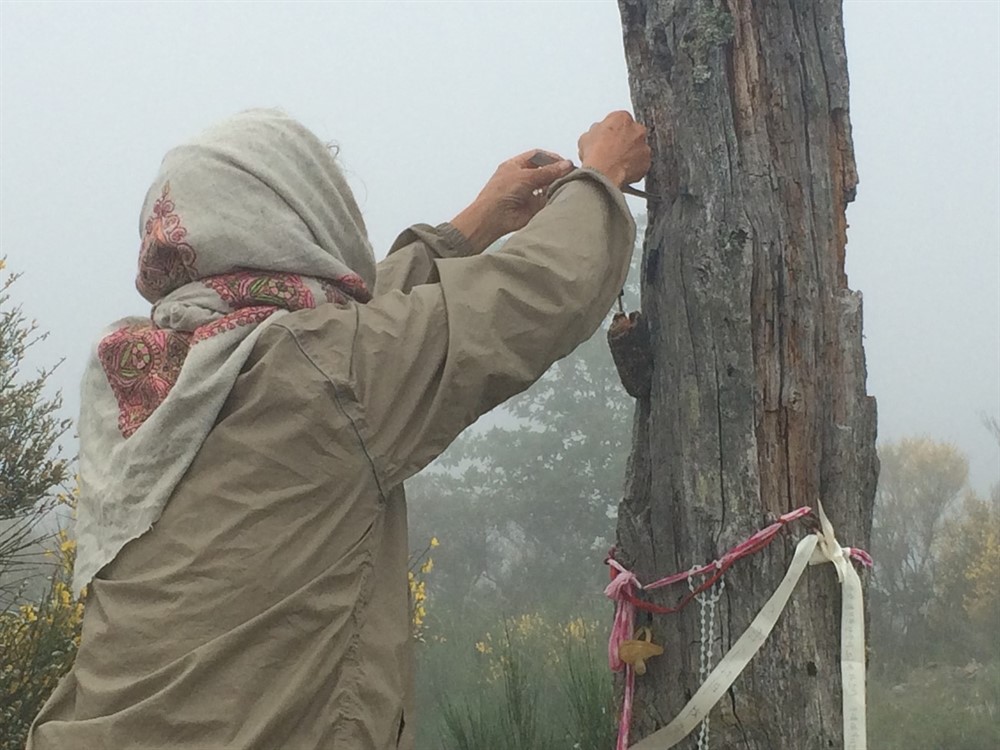 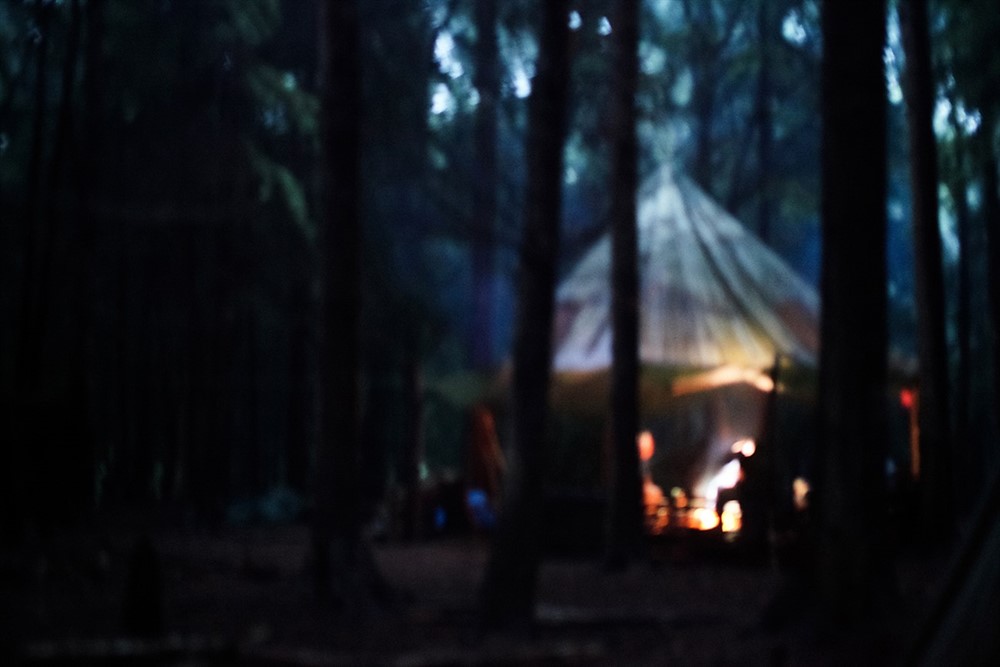 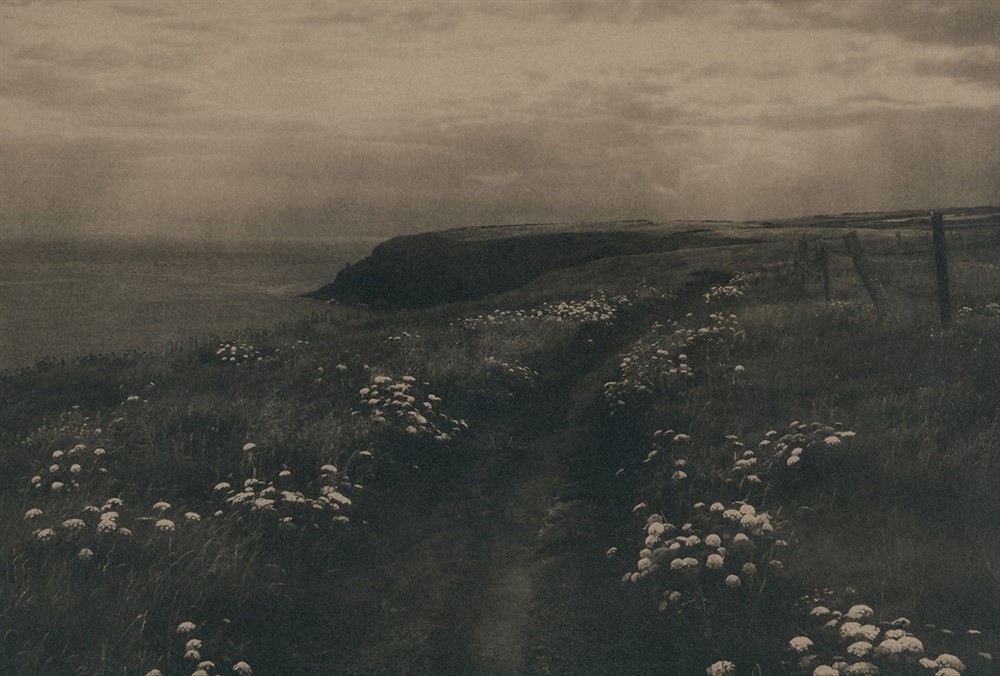 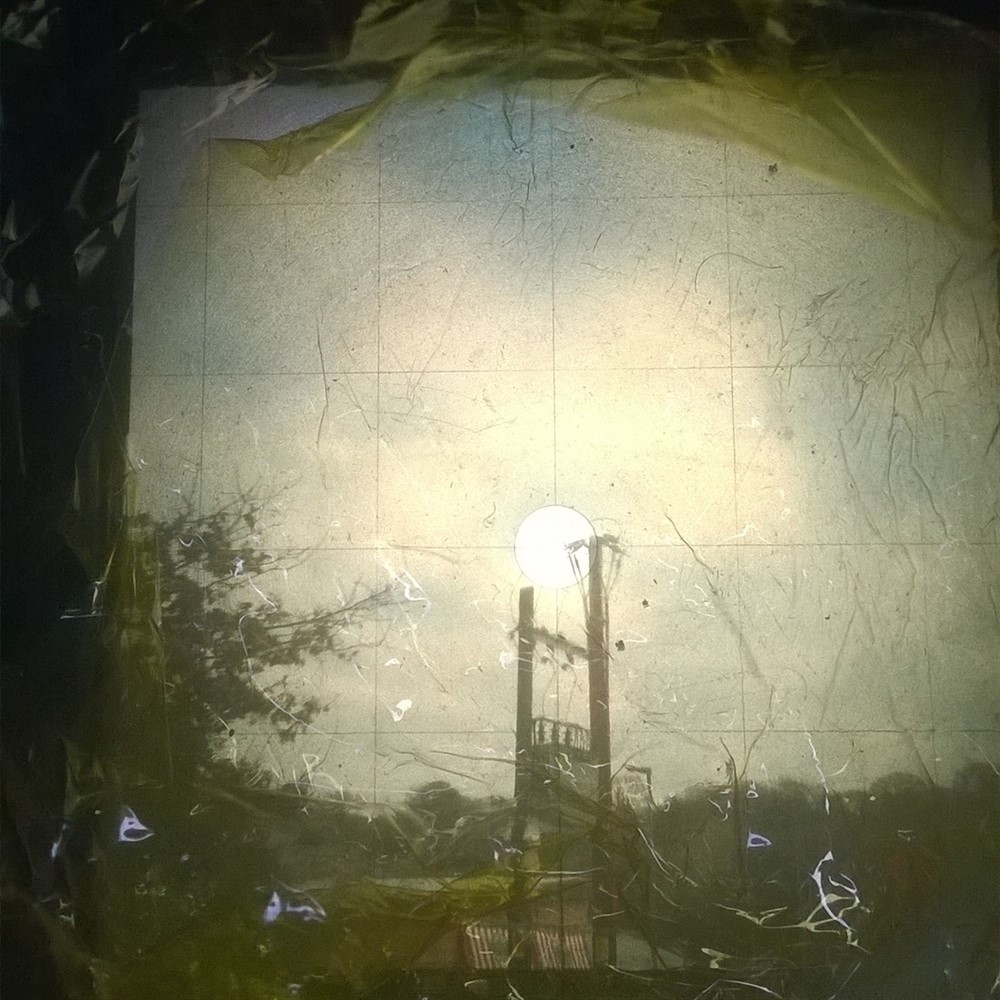 The temporary beach artwork was created on South Shore beach in Whitehaven,West Cumbria in April 2016.Prior to the construction,I found an old battered hold-all bag on the same beach and imagined how it ended up deposited on the shore.I took it home with me and embossed a map of the Irish Sea with its established pattern of tidal currents,represented as arrows.I wanted to describe its possible journey on the sea ,plotting its course and how it possibly ended up in Whitehaven.I carefully drew out the map onto the surface of the bag using paint marker pens and next day took it back to the same beach and hoisted the bag up on a piece of driftwood and then photographed it. 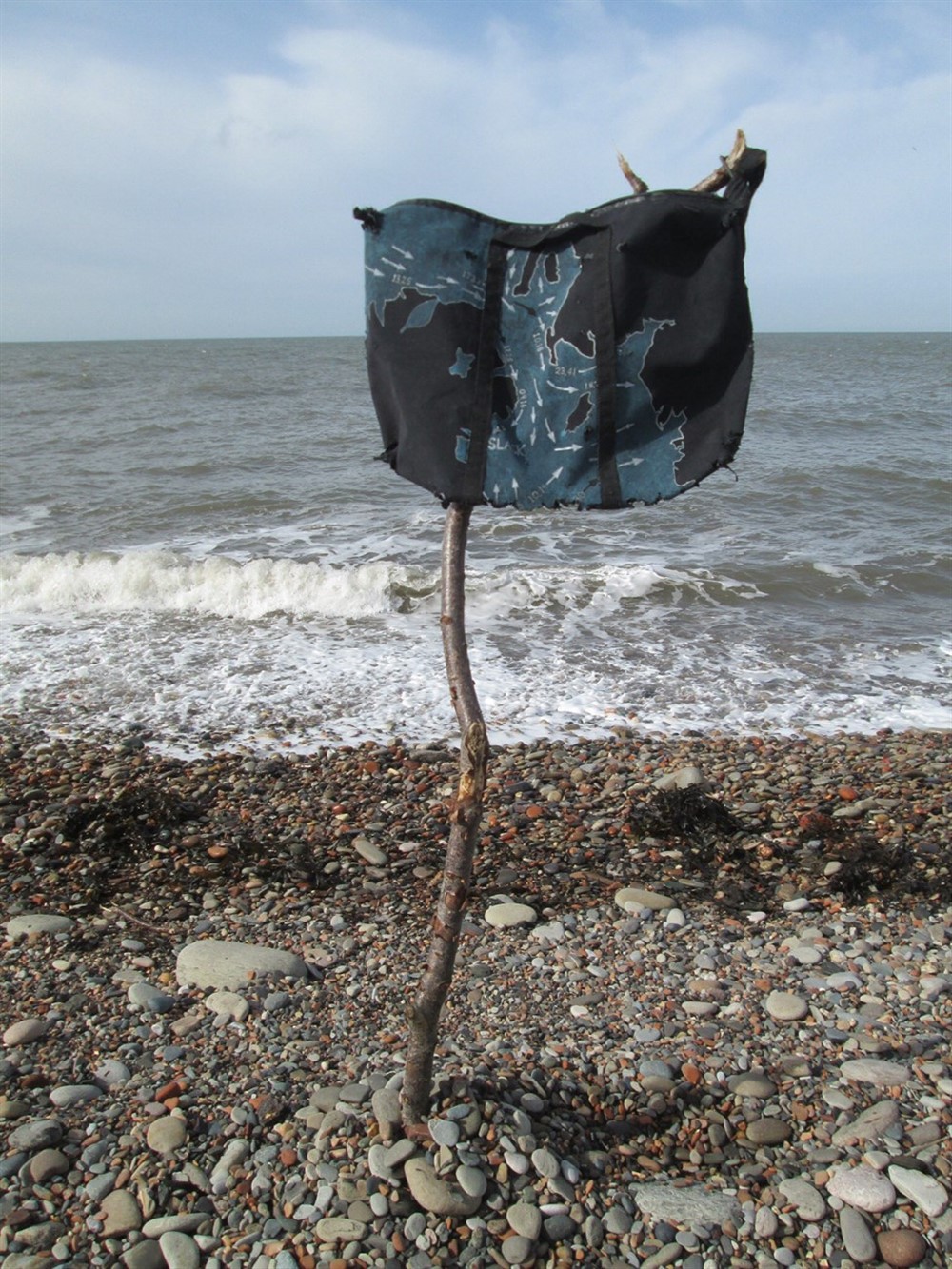