Oil and metal studs on (through) canvas. 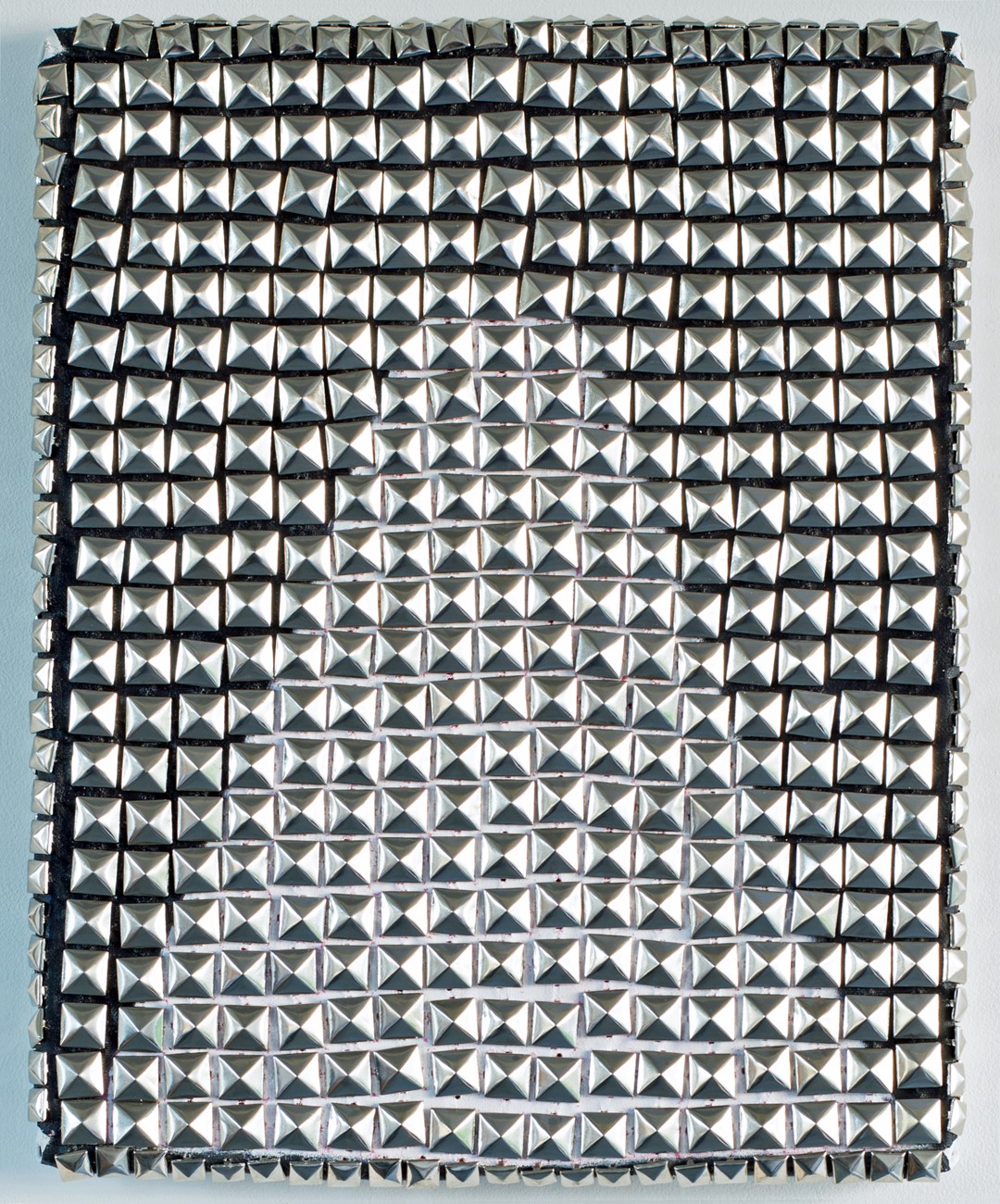 The installation consists of a number of autonomous drawing devices, growing week by week to mirror the passage of time. Operating continuously throughout the three month exhibition period, each of these Timecasts will trace out a delicate graphite form on the paper it rests on.

Like the slow erosion of rock in a river bed over millions of years, the process of accumulation is organic. Nearly eight million seconds will pass in this time and with each one tiny, barely perceptible marks will register. Invisible in the moment, these marks gradually build to reveal order from apparent chaotic movement. 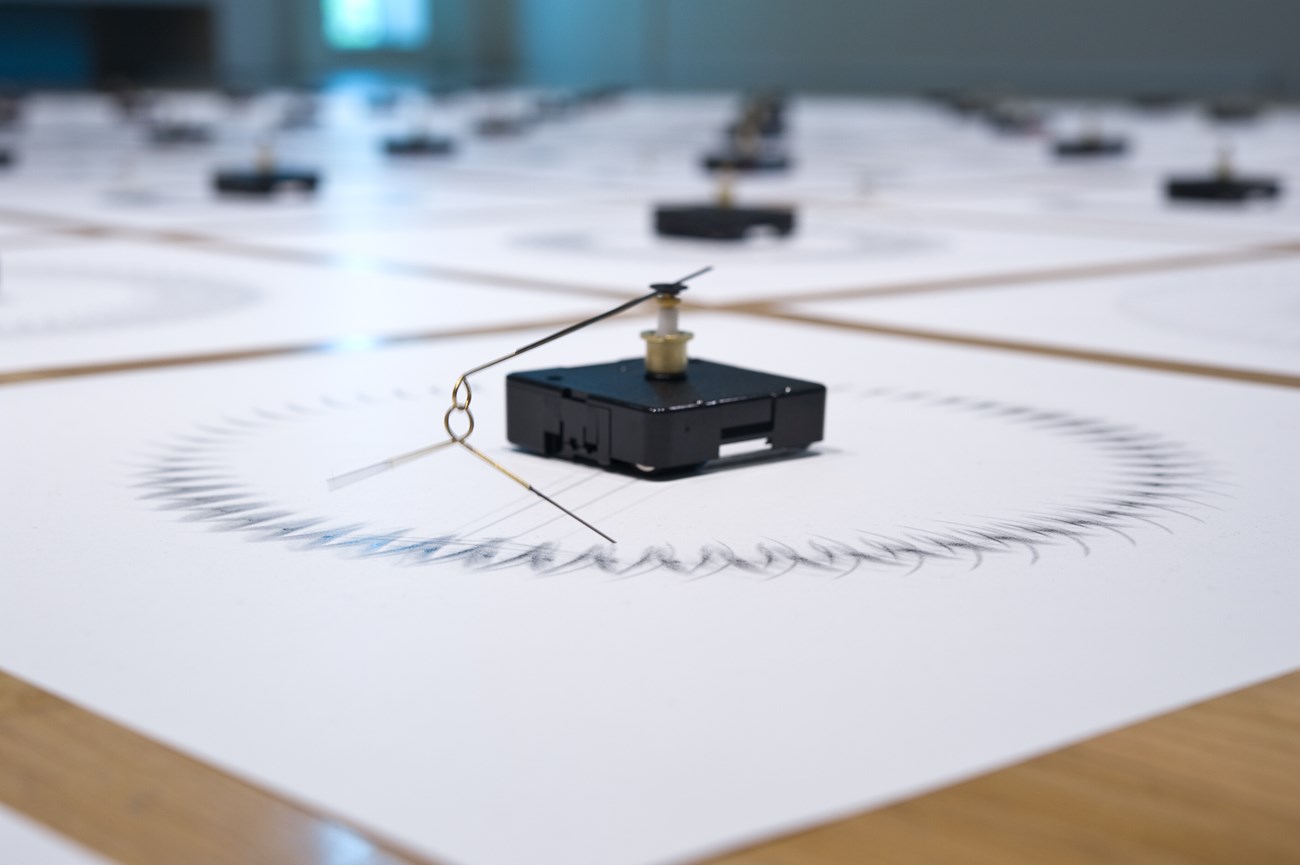 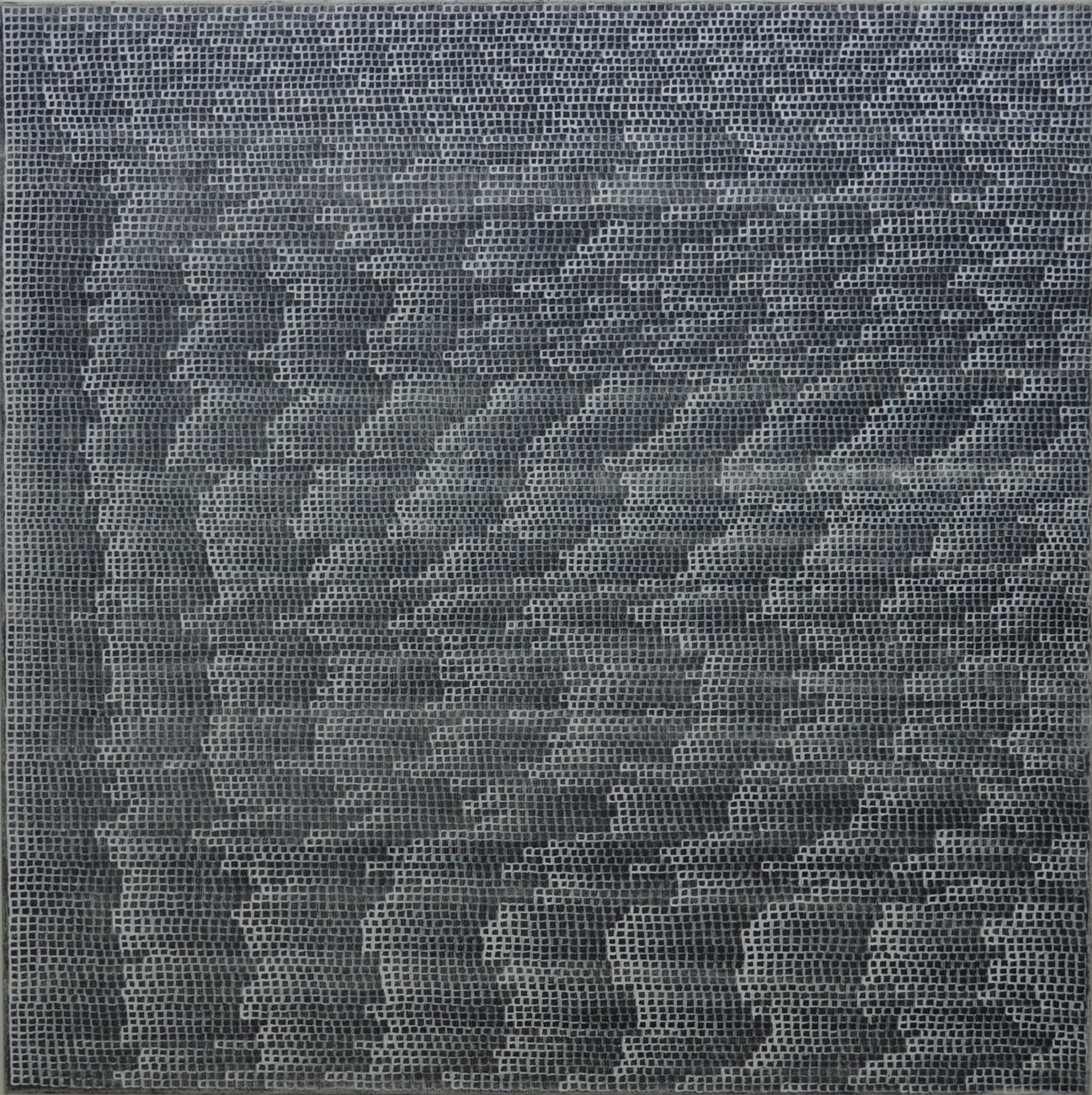 A contact mic is placed on the base of a tube which has been glued to the speaker of a small amp, the mic picks up vibration rather than audio, tapping the tubes base sends the vibration from the mic to the speaker which in turn vibrates the base creating an audio loop. a variety of noises can be created. 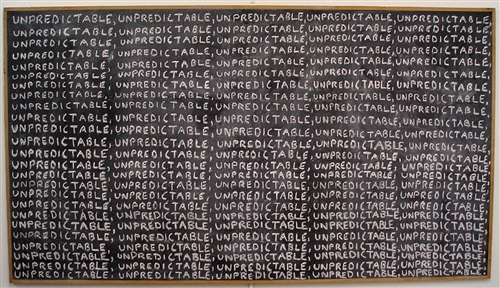