Erebus is about ‘terror’, and was originally conceived in 2007 as a hypothetical proposal for the fourth plinth in response to the US led Invasion of Iraq.

The work is shaped by several events: a visit to Pompeii, photojournalistic images from the Iraq War, the Glasgow Airport terrorist attack in 2007 and a personal experience some years ago of driving into a street riot in Belfast, where all around, cars were ablaze and the tarmac appeared scorched by collective rage.

Erebus (large version) is monumental in scale and captures the dreadful moments of a person who is on fire. Caught in a place between life and death, consumed by flames, the body lunges uncontrollably forward as one horrifying mass.

At Pompeii one can view plaster casts of its ancient inhabitants who were buried alive and moulded by the ash from the catastrophic eruption of Mount Vesuvius in AD79. Some of the body impressions appear resigned to their fate. In contrast to this, there is a cast of a dog whose last dying moments are captured forever in contorted agony. The natural instinct of fighting for one’s life, petrified of what lies beyond, is central to what Erebus expresses. 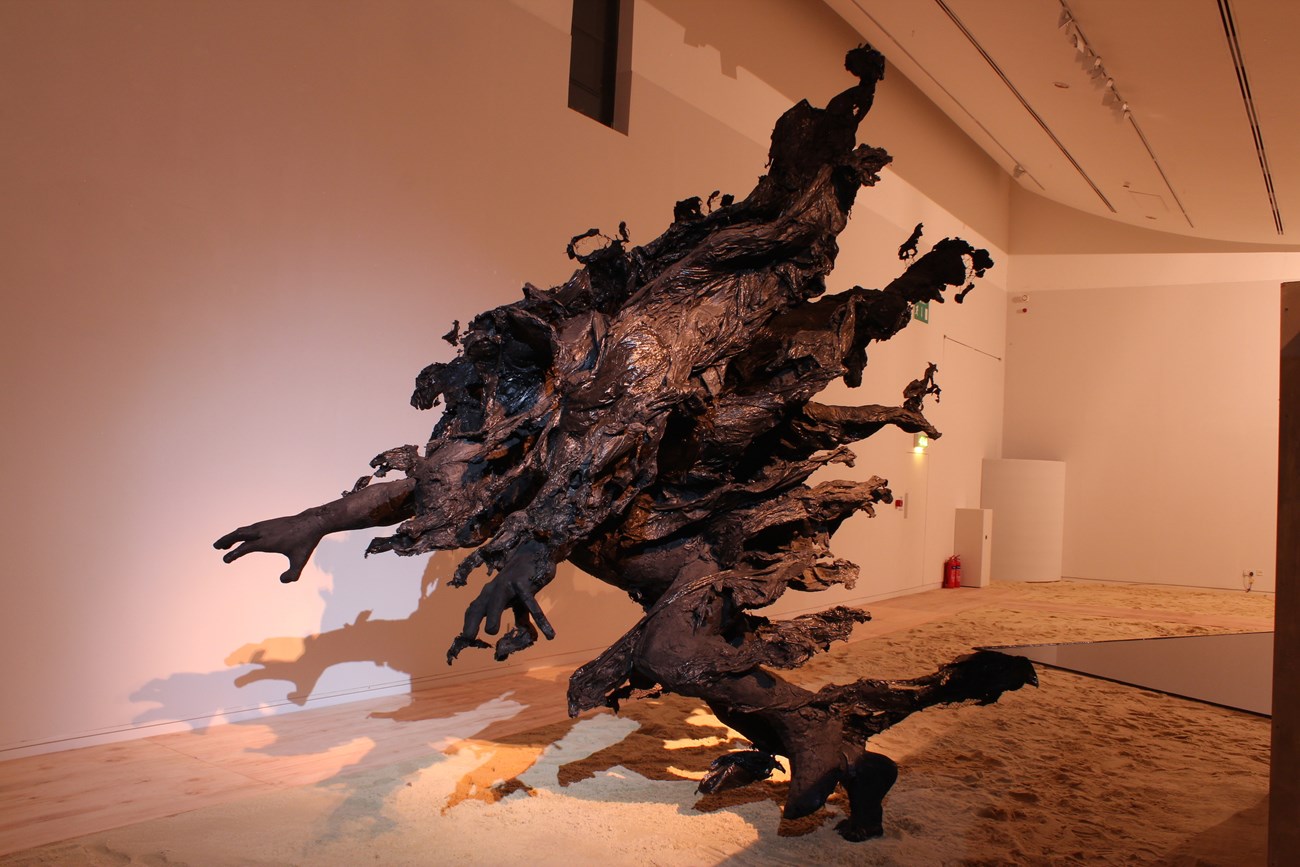 This work was begun during an environment themed residency in Tunisia. I was amazed to find this verse in Arabic, which is a quote from the Qur'an, it can be translated: "The destruction that passes over land and sea is a result of man's handiwork, for them to see what they have done, perhaps they will mend their ways." This was revealed 1425 years ago, and look at its relevance today! 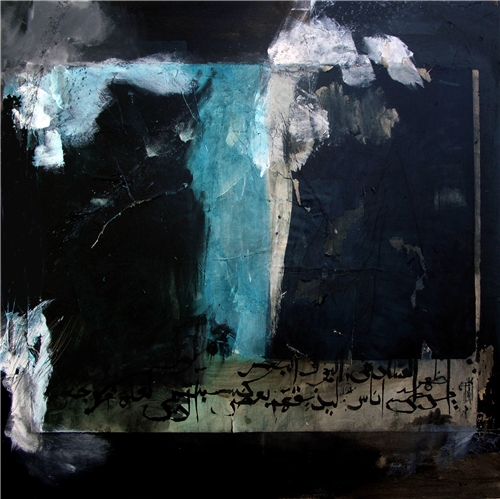 Multi-story was made as a memento mori to the spoil and fill of Capitalism. The project was inspired by 80, Bishopsgate, a building I helped to rebuild after if was blown up by the IRA in 1993. In 2011 this nine storey facsimile was demolished to a make way for a new City tower and the film plays with this repeated cycle of demolition, weaving together archive material and stories from the demolition and construction workers. Multi-story was shown at studio1.1 as part of the solo exhibition 'Spoil and Fill'. The film was projected at an aspect ratio of 16:9 onto its own wall, constructed from 144 concrete test cubes, made by site engineers from across London and the South East.

The Destruction of Tiverton High Street, 2017 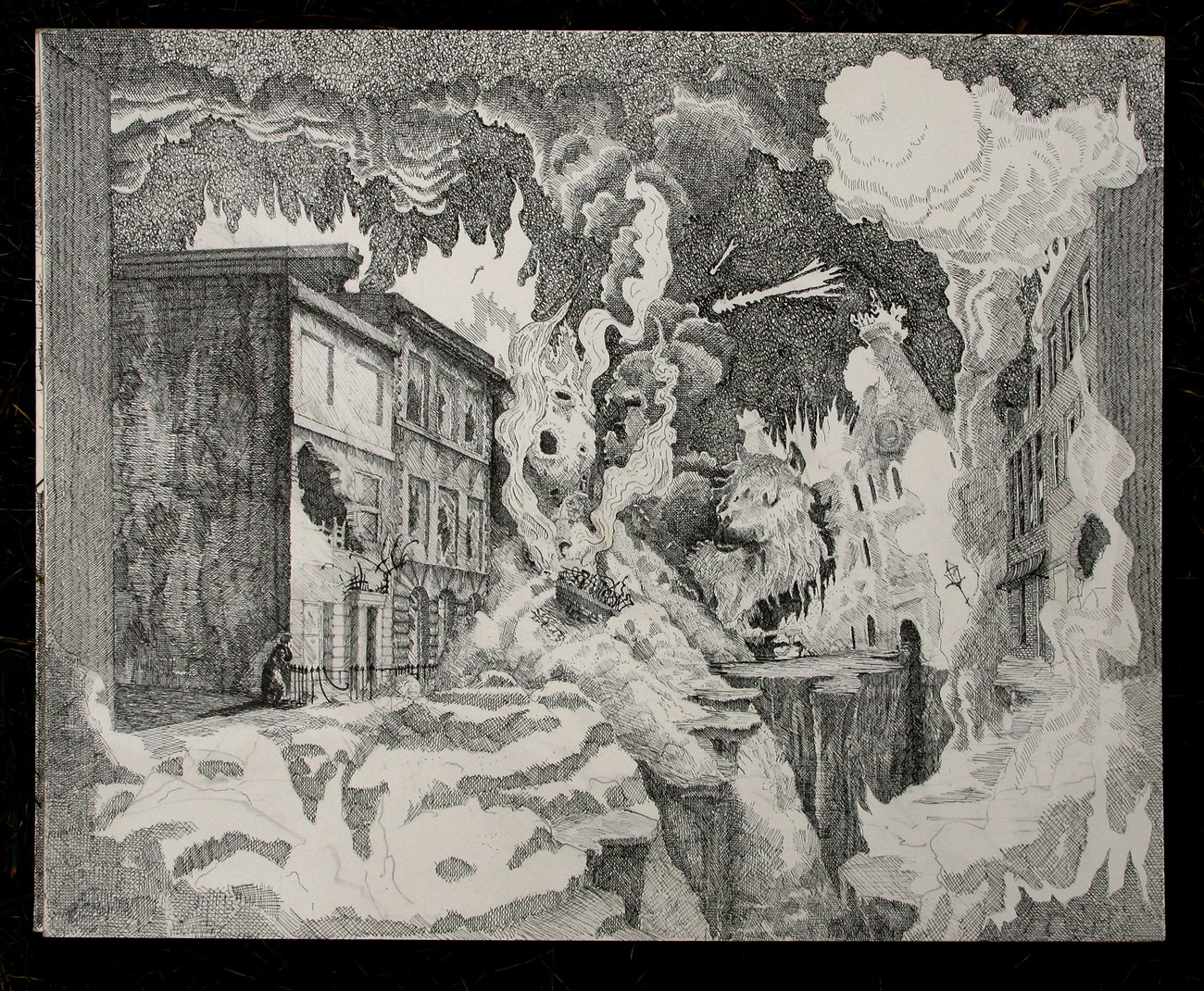