For #Five2Watch this week we've selected five artists who have explored themes of the other-worldly and unnatural: Steph Goodger, Tsendpurev Tsegmid, Martha Todd, Stuart Robinson and Grimes and Jones.

Pandemonium:The Evil Pouches is an invented space, a dystopian (hellish) architectural fantasy, inspired by Dante's Eighth Circle of the Inferno. 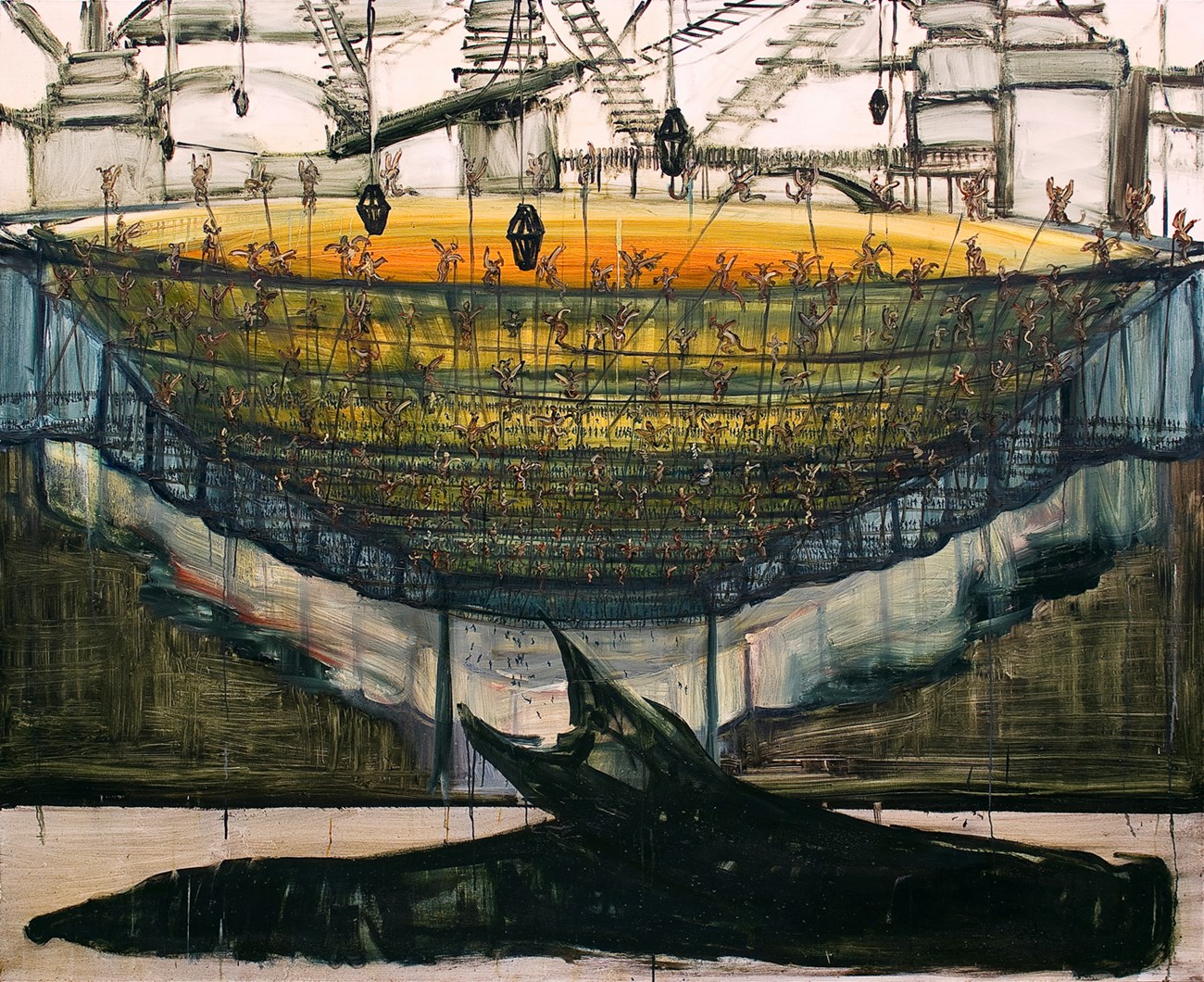 Although these photos were part of my performance titled 'Banquet', I wanted to keep it as separate piece of work at the same time. I came across a balloon, only one balloon in the huge empty hall of Royal Armouries Museum in Leeds. After I've taken few photos of it, strangely, I felt it is alive. That hall, where I used to work at events is a weird and haunted space. Always changing, under one roof of thousands of armouries collection plus memories of lost lives in battles all over the world. In the darkroom, during a process of printing I used my hand to create that sense of soul or ghost, which often represented to be a light, white and 21 grams of carefree smoke. 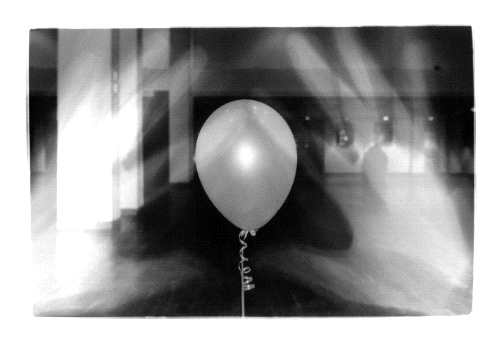 A collection of dolls made from porcelain, textiles and other media. 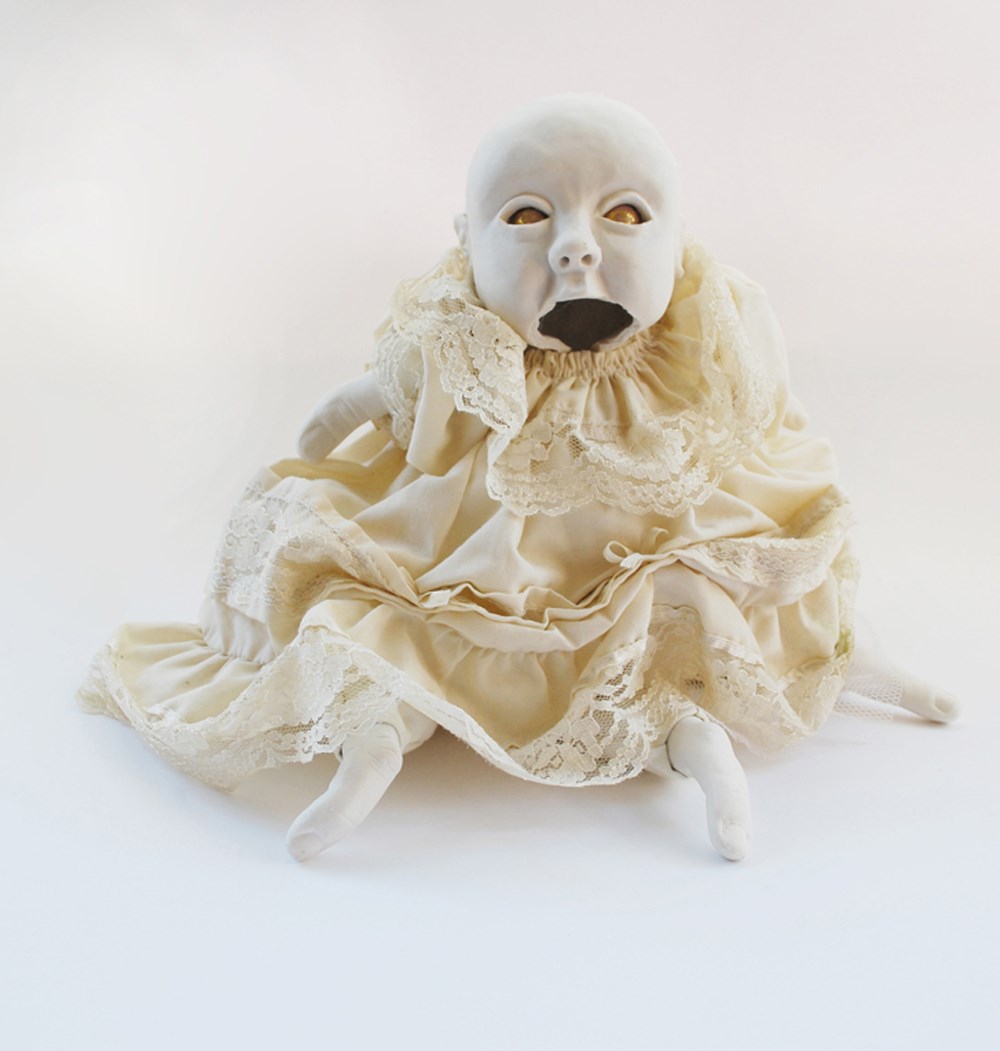 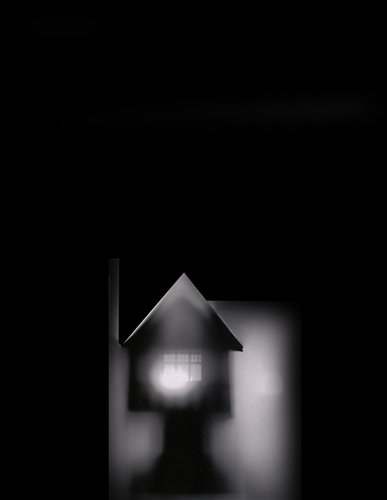 Somewhere at the back of our minds we find religion mouldering away like a mouldy old lemon.

Much like the experience of ‘finding God’, this fridge is an overwhelming sensory overload.

Its brutish and battered exterior hides something fascinatingly macabre; an unexpected joy sheltered by an unwelcoming frame.

An explosion of candle-wax and religious icons transports the medieval church into this absurd vessel ; an overwhelming sensory experience. 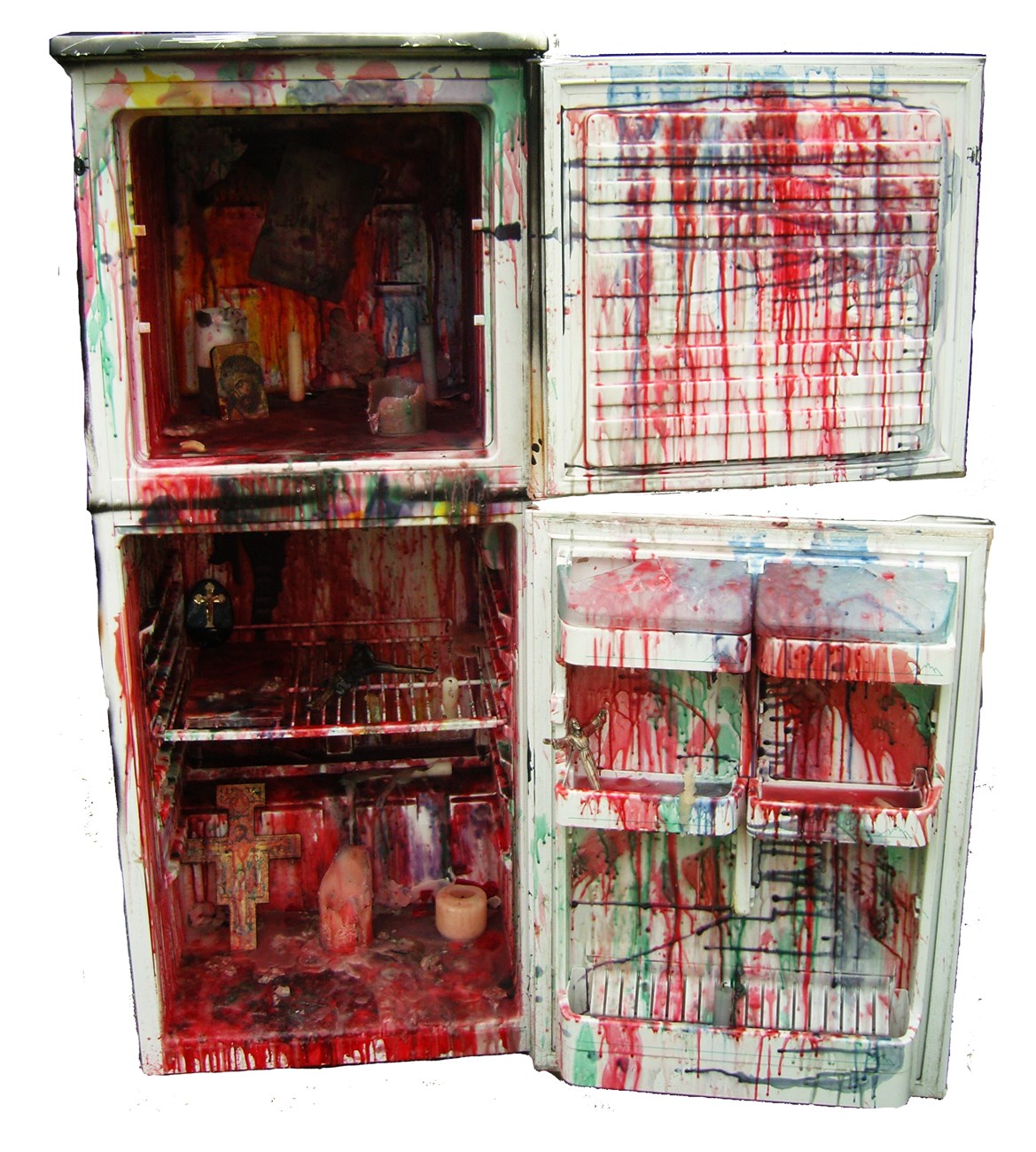