Four Memory Boxes of individual drawings of personal belongings drawn from life or drawn from memory. Inspired by clearing the artist's childhood home after her father died in 2009. Each object holds strong memories and thought associations.

Objects drawn from memory become distorted, fragmented or even false.

The Box is accompanied by an Inventory listing the objects briefly in the style of a local house auction. The use of the Inventory hints at the museum display.

Here, memories are ordered, arranged and preserved behind glass. 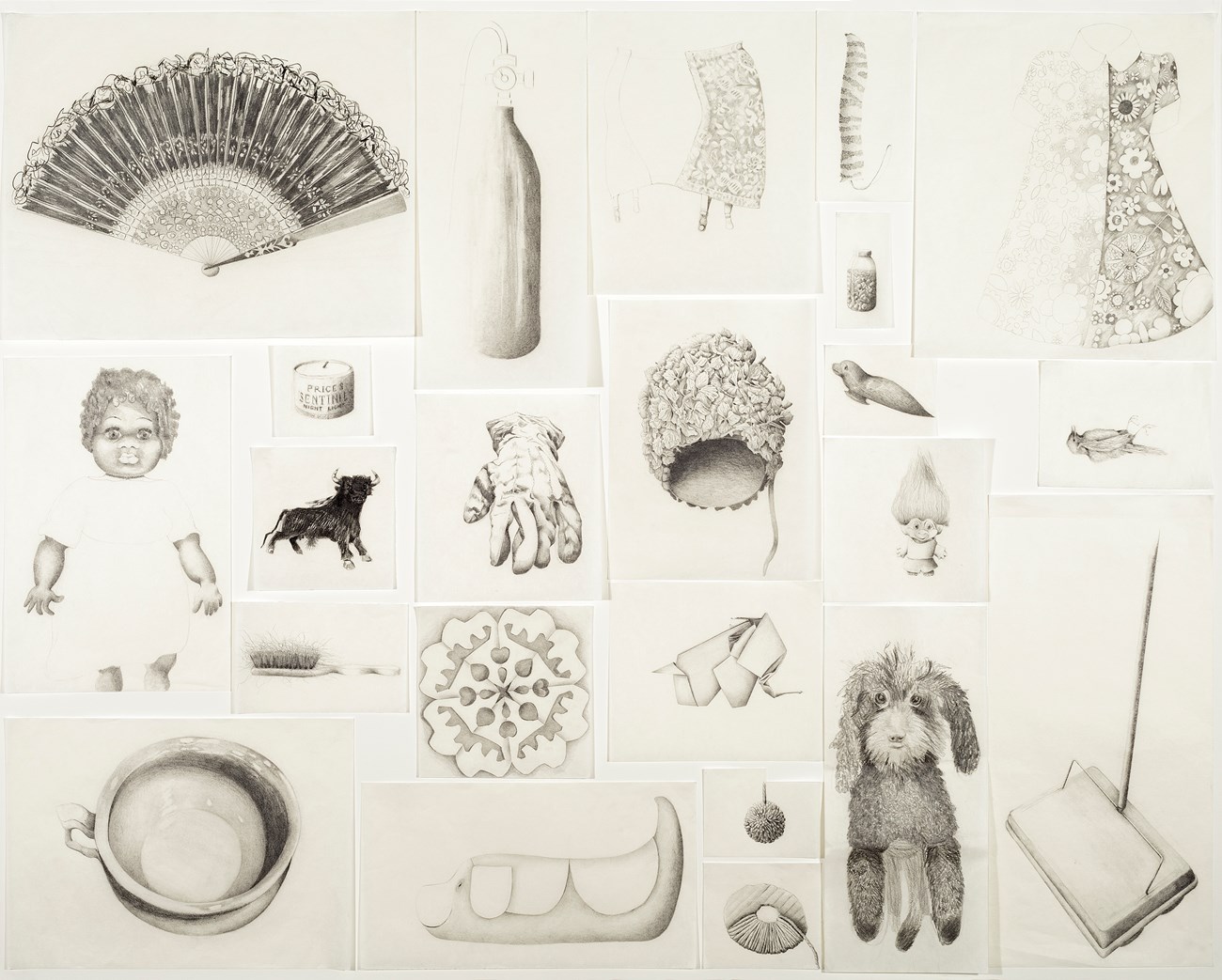 Paper collage from a series of work based on images of ruins within the British landscape. 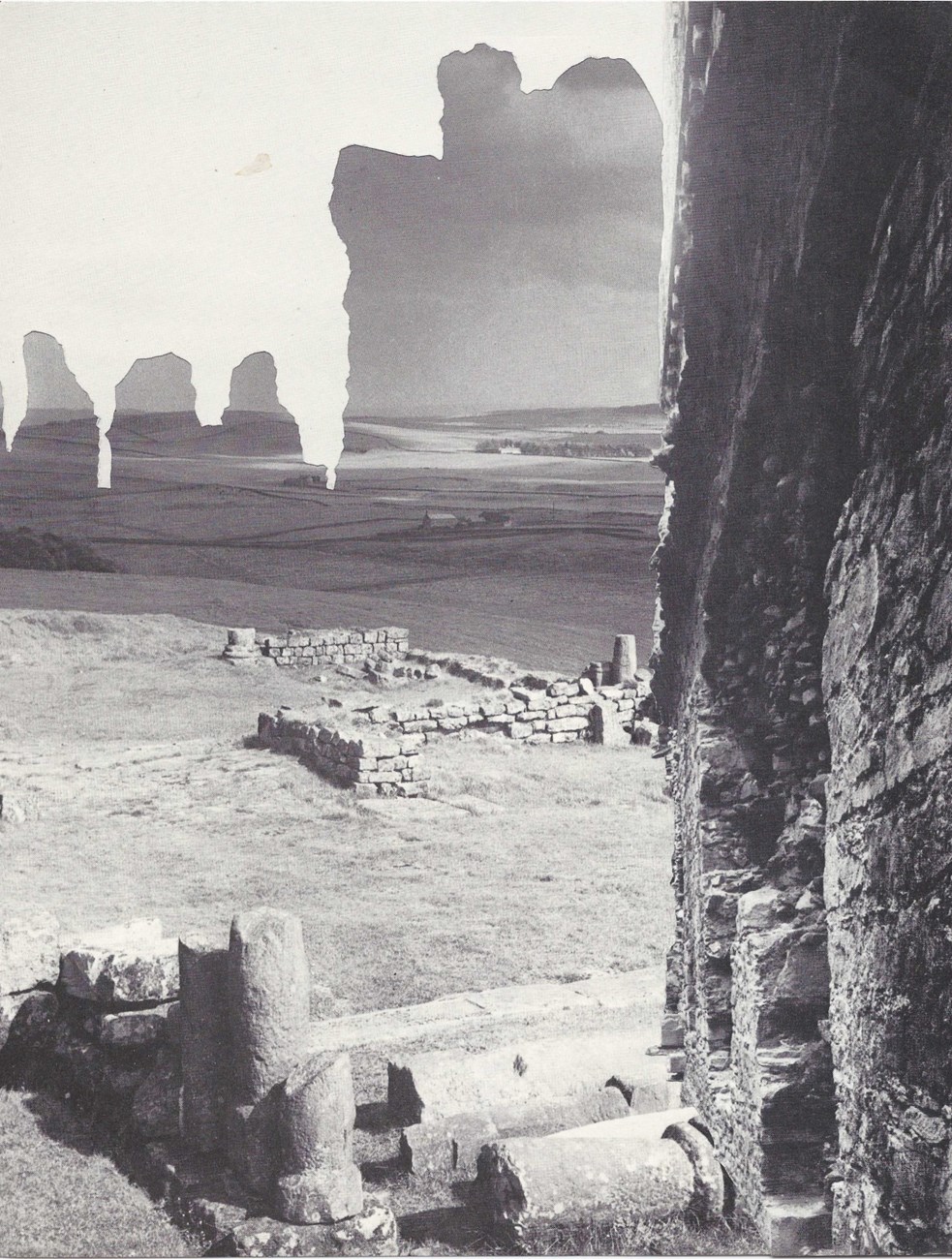 Memorials are neither still life nor portrait but represent the subject becoming nature morte. Rotting flesh is arranged among the paraphernalia of celebration, signalling the end of the consumer party. Regardless of body-labour or workout ethic the body sags into amorphous organic forms. To evoke the idea of a memorial to a lost object the photographs are installed leaning against the gallery wall propped up by two deflated balloons.

Memory Theatre, a two-channel video with sound by award-winning Dublin based composer Tom Lane, is the second chapter in a trilogy of work exploring mourning and memory.

Again, Kirwan presents a montage of filmed performances undertaken in remote outdoor locations such as the Burren and Connemara Ireland, the seashores of Kent, UK and the deserts of Mergouza, Morocco. She continues to carry out seemingly endless repetitions of absurd and futile activities such as attempting to measure the sea with buckets, counting stones on a vast shingle beach, and grains of sand. Kirwan’s intuitive connection with the soil and sea, conjures up an intensity of grief; the contact between the body and environment, the sensorimotor/ haptic elements of Kirwan’s performative encounters serve also as a metaphor for endless searching; as if feeling her way through the bewilderment of bereavement. 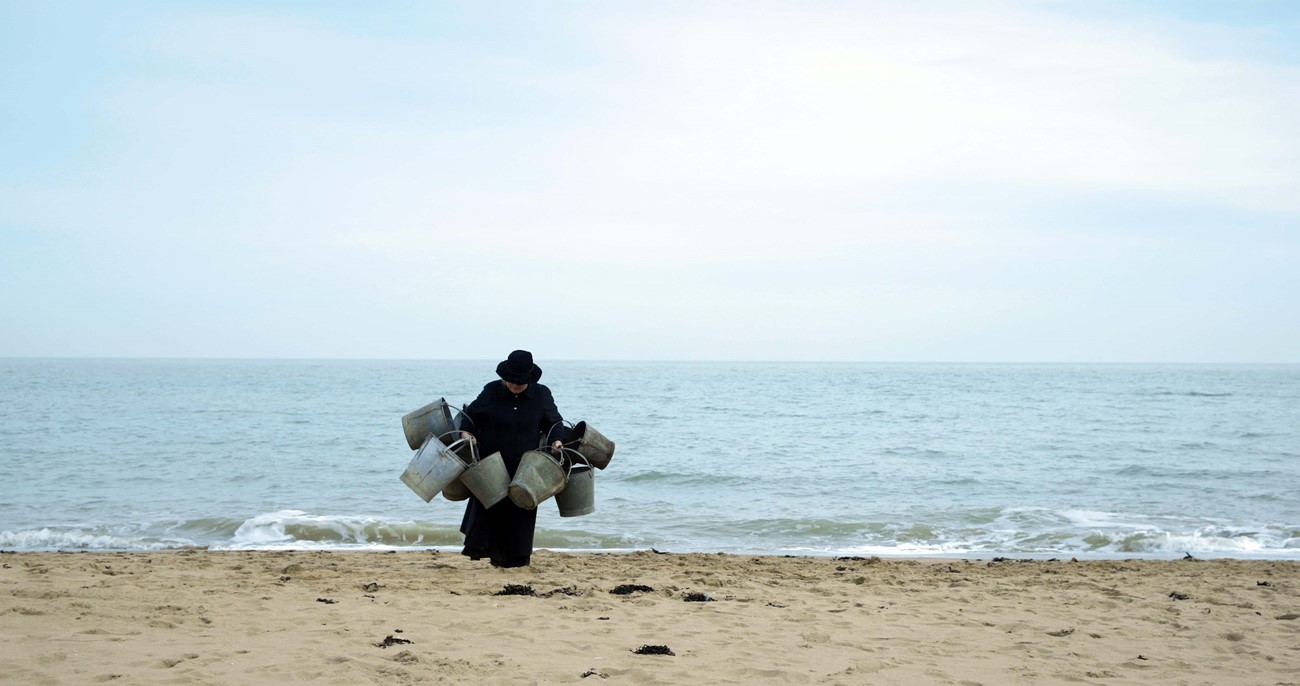 A site specific installation at Kusunoki-sou.

Kusunoki-sou is located in a typical residential area commuting to central Tokyo, also the house itself is an ordinary wooden house where people used to live and went to a work.
For this installation, using fabric patterns and placed it in little crafted box as fragmental memory that the artist collected from different residences.
And a thermometer is placed in a glass-dome as a symbol image for the captured climate which I believe it triggers a memory from deep in mind.
To create a cozy and blur atmosphere as visualize 'recalling', the site's walls are all covered fluffy cloth (fake fur) and a warm light via cotton cloths from low height ceiling. 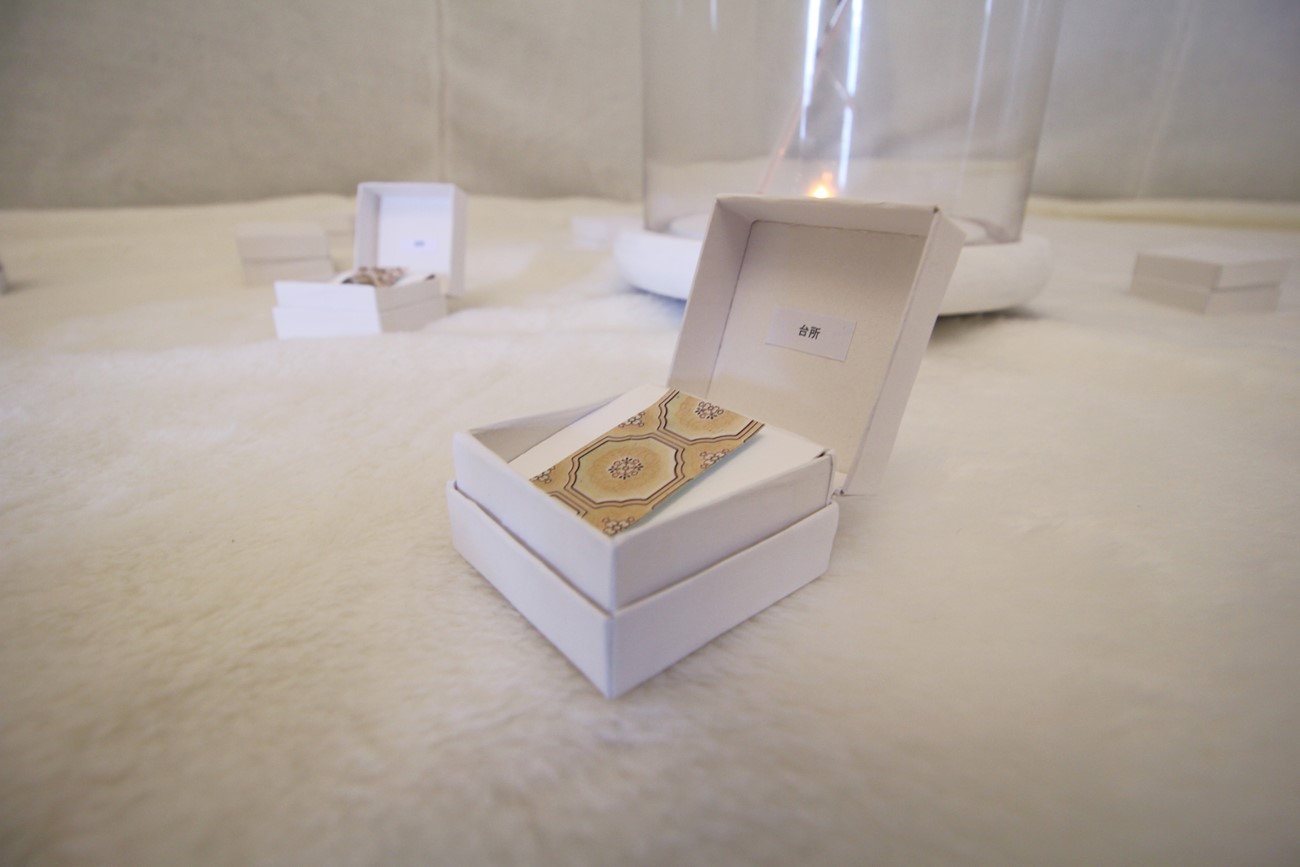