Ascending a Staircase, is a photographic series of theatre interiors in venues across the North of England. The images aim to probe the historical contexts of performance and to ask questions of the format itself: what did access to a career onstage mean? What kind of visibility did the theatrical stage offer? What were the limitations?

Using the staircases up to or from the stage as a device that opens up these questions, the compositions locate these stairs within the wider framework of theatrical architectural. By using the visual clues of the architecture, women are invited in to the theatre to be looked at—but this offer is limited, the theatre is not a neutral space for the presentation of self. The photographs present the gilding, ornate decoration, plush velvets, as well as the didactic signs, for example ‘No Smoking’, which all condition our viewing—much like the regimes we encounter beyond the theatre that similarly shape our vision. 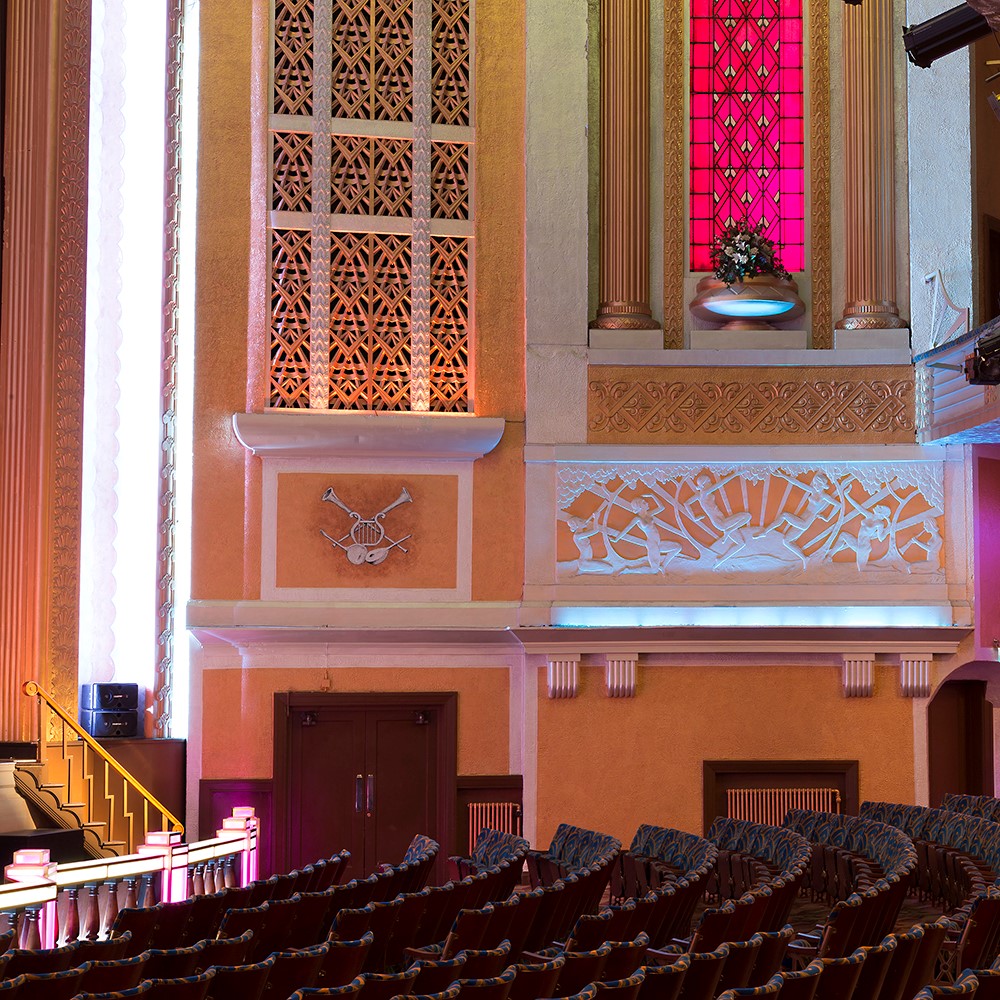 The Twelve Apostles as Babies (installation), 2014

Film version of the installation at Still images from The Twelve Apostles as Babies, an Installation which was created within an enclosed, dimly lit, theatrical environment.

On entering the space, viewers perceive various barely distinguishable paintings, hung on 3 walls. Otherworldly voices drift in from all corners as the ventriloquised paintings breath, interact and become illuminated through light projections, choral music and conversation. Collectively they tell the tale of the Twelve Apostles as Babies.

'A visually stimulating piece of theatre installation, based on the recurring themes of communication. I took this opportunity to see the theatre as a bare canvas revealing a virtual house with invisible boundaries and a game played between two players in a dysfunctional relationship, both striving to win.' 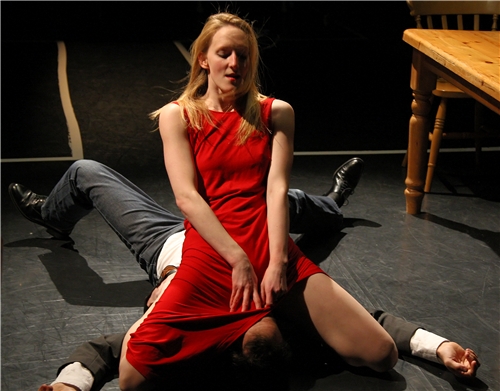 For the last 10 years of his life Italian writer Luigi Pirandello wished to make a film that could act as a precursor to his seminal 1921 metaplay Six Characters in Search of an Author, featuring encounters with a Roman family that acted as a catalyst for the development of the play. It was to conclude with the event of premier of the play at Teatro Valle, Rome’s oldest working theatre, the two works forming a kind of loop. During a scholarship at the British School at Rome in 2012 Anne-Marie adapted Pirandello’s 1935 text setting the final quarter of the film at Teatro Valle. This has been underpinned by the fact that this influential 1724 theatre is now run by Fondazione Teatro Valle Occupato, considered an important occupied experiment in Europe whose collaboration gave her access to the theatre, actors & technicians, also allowing the film to be set in a newly intense social & political space whose urgencies add new dimensions to the work.

Apart from a single sequence the locations of the film have been filmed without actors in a deliberately oblique approach exploring a ‘cinema of the mind’. Anne-Marie has considered Pirandello’s film as kind of ruin & from its fragments sought to construct one film around the paradoxical lures & failures of another absent film.

Julius explores a coming of age story of intrusive thoughts and compulsive rituals. As an adolescent boy in a rural town learns about the life, times and many lovers of the emperor Caesar, he begins to experience recurring mental images and odd behavioural patterns. Supported by Wellcome Trust and Jerwood Charitable Foundation, Julius was launched at GV Art Gallery and premiered at Spitalfiellds Music Festival, before an international tour. The project was researched in collaboration with experts from the Royal College of Psychiatrists and Bethlem Museum.