One obvious sign that tells you he's faking it, 2015 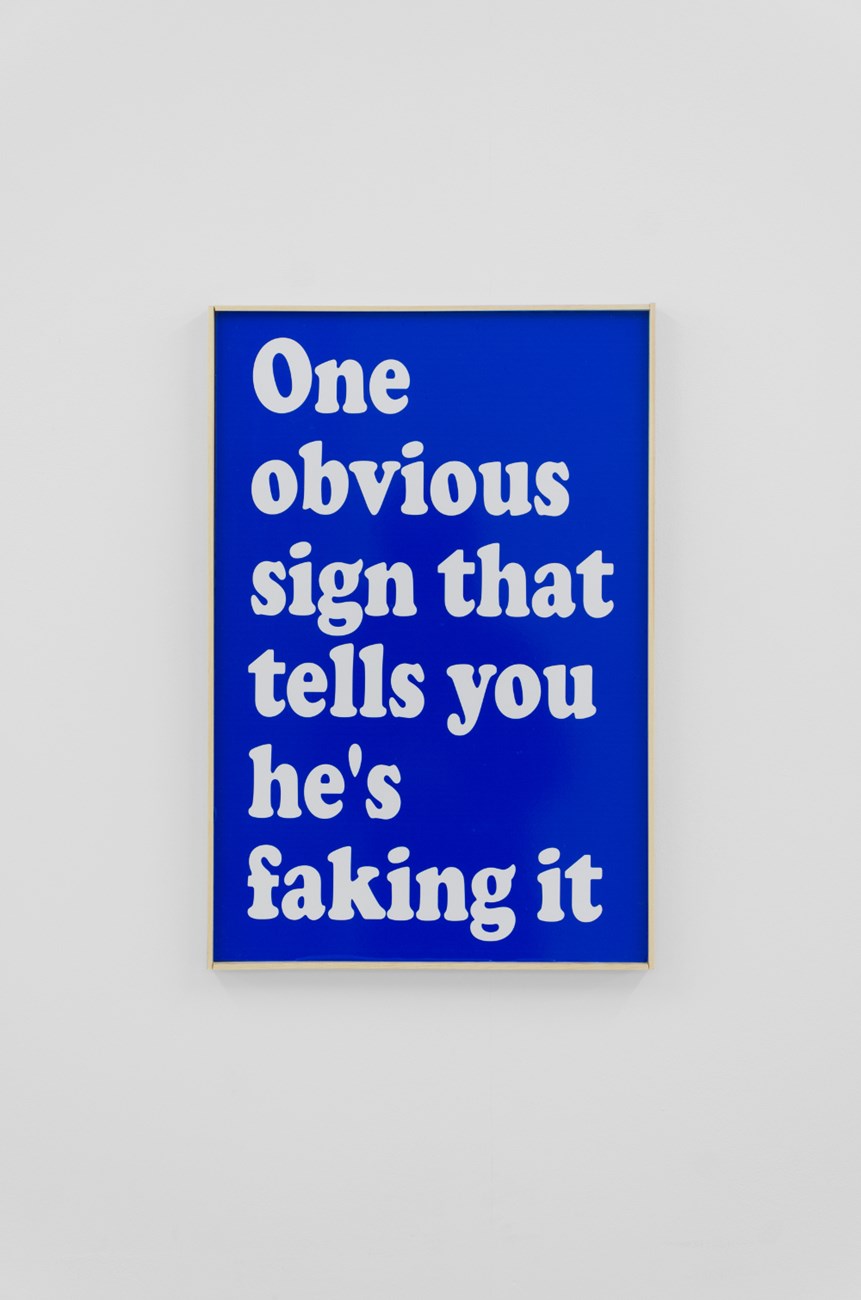 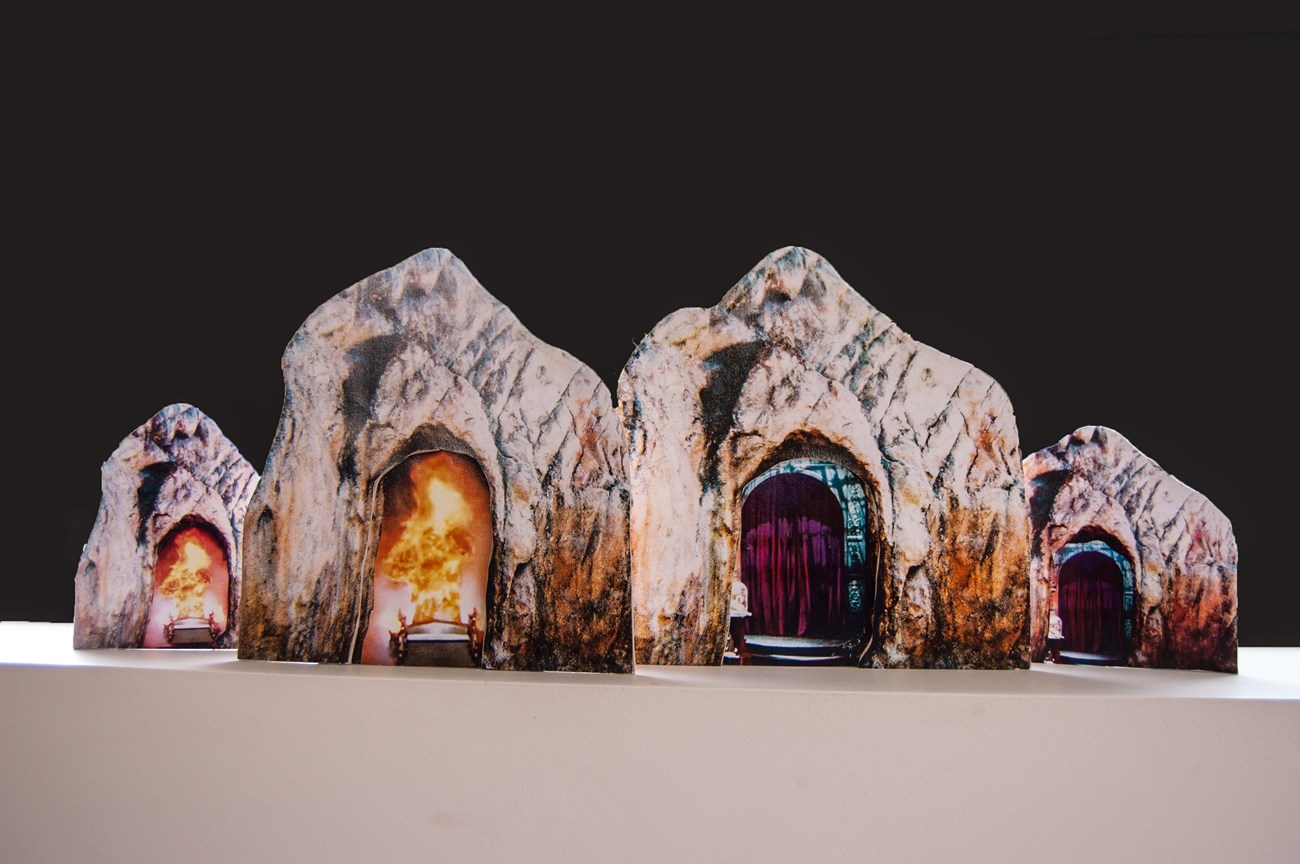 Jan Agha and Roo Kaur Dhissou both make work that playfully complicates ideas around cultural authenticity. Both provide maverick strategies as to how to navigate cultural histories from the perspective of the diaspora. Their works often seemingly draw on specific histories, but in fact in different ways each artist complicates that by picking, choosing and putting together disparate cultural references. The result is less about claiming cultural authenticity but more about negotiating a transient, self-defined subject position that subtly champions the fragmentary, playful, overlapping and improvisatory.

Roo Kaur Dhissou's work features religious objects associated with Hinduism and Sikhism that are sometimes mass-produced, sometimes unique and in one case, 'Shiva Lingam' (2021) made following instructions from YouTube. Kaur Dhissou made the latter despite the traditional Hindu stricture that as an unmarried woman she is not supposed to touch a shiva lingam. The object speaks both of a tradition and also breaking the rules around that tradition in an everyday fashion. What is at stake when cultural traditions can be warped using an internet tutorial? The cluster of small objects, placed low to the floor on wooden blocks, subtly question the notion of cultural authenticity as traditions get translated, half-forgotten and improvised in diasporas. Whilst Kaur Dhissou's homemade Shiva Lingam is deliberately transgressive, another Shiva Lingam entitled 'Shivling' (2021) is perhaps its counterpart in terms of assumed authenticity. It is a Narmada Stone that is regarded as one of the most sacred and powerful stones and is only found in one place in the world, the Narmada River, which is said to have sprung from the body of Lord Shiva. These stones are objects of worship and yet, these supposedly rare stones are widely available on the internet from Ebay or Etsy. 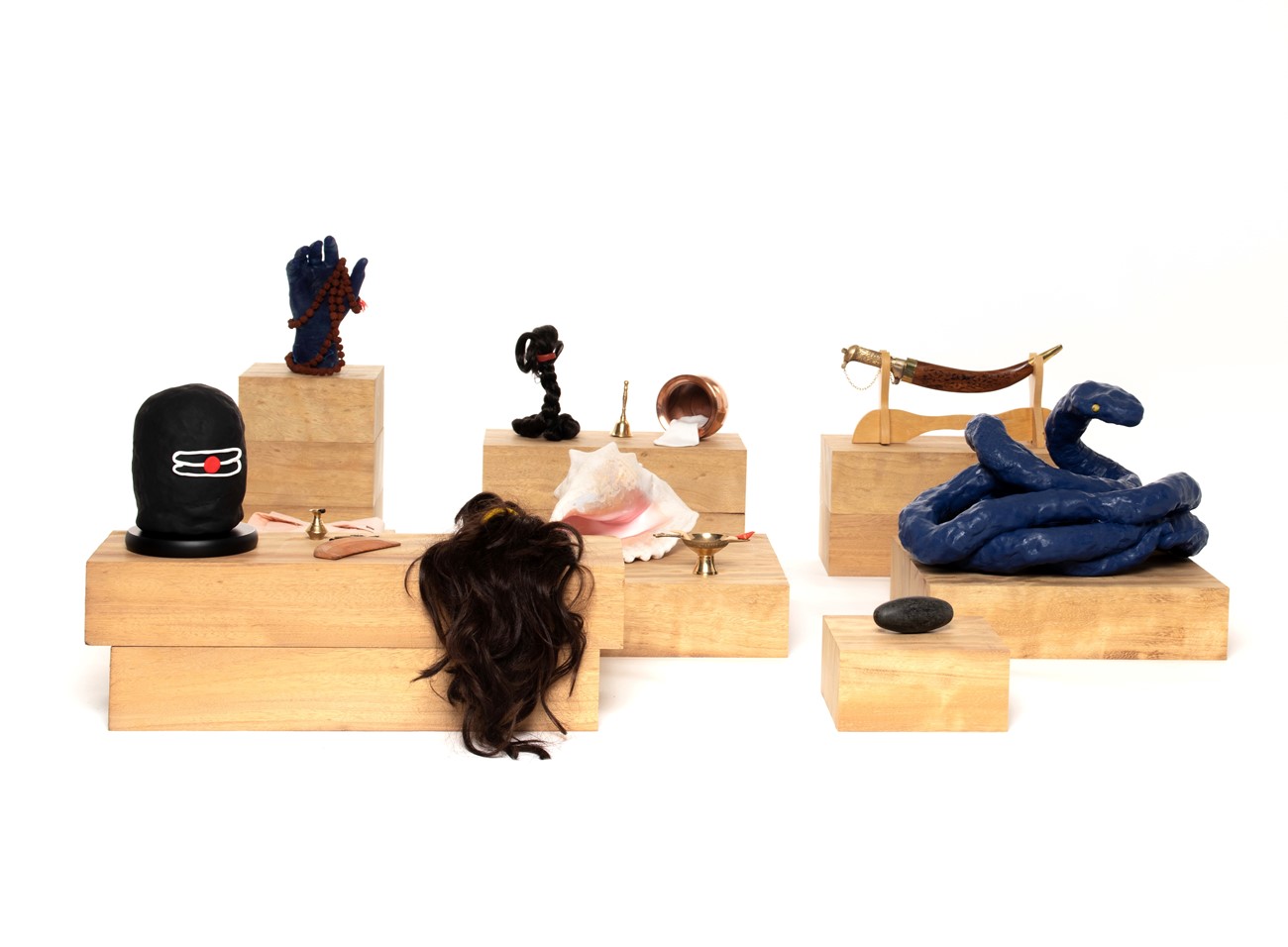 NATURAL SIMULATIONS consists of works in mixed media that are driven by a concern for materiality. Gee’s works are subtle explorations that raise questions of authenticity, purity and wonder in relation to humanity’s negative impact on the environment.

Gee’s display methods echo the languages of the retail industry and cabinets of curiosity, carefully employed to merge connotations of desire and a fascination in discovery.

Shelves of: Faux Specimens Genuinely Archived is an exposed cabinet of curiosity that houses a sprawling series of objects consisting of artificial objects posing as natural forms and artificial forms posing as natural processes that conform to synthetic objects. A painterly slice masquerades as a slice of crystal Agate appearing to conform by embracing perfectly within a roll of duck tape. Gee comments, “Crystals are a reoccurring motif that grow in random organic arrangements but have been cultivated to grow inside orchestrated forms or in sharp geometric compositions. Crystals have organic qualities but unlike microbes, which appear synthetic under the microscope, they are not living organisms, as they possess no DNA, sitting in-between the natural and synthetic.”

In this new body of work, Gee has considered geopolitical case studies such as the ‘Playstation War’ and the ‘Tantalum crisis' (2000). Tantalum is a mineral ore used in the production of electronic gadgets and mined in the Republic of Congo. The price of Tantalum recently surged in price tenfold overnight as a result of demand for the new Playstation 2. This led to vicious attacks on mines for the ‘black gold’ and subsequently militia led sacrifices of forests and animals at natural parks.
As such, Gee’s work exposes a dichotomy between the way we value the natural world as a precious commodity yet exploit its riches for materialistic gain.

** All photos courtesy of London based artist Steve Gee? ** 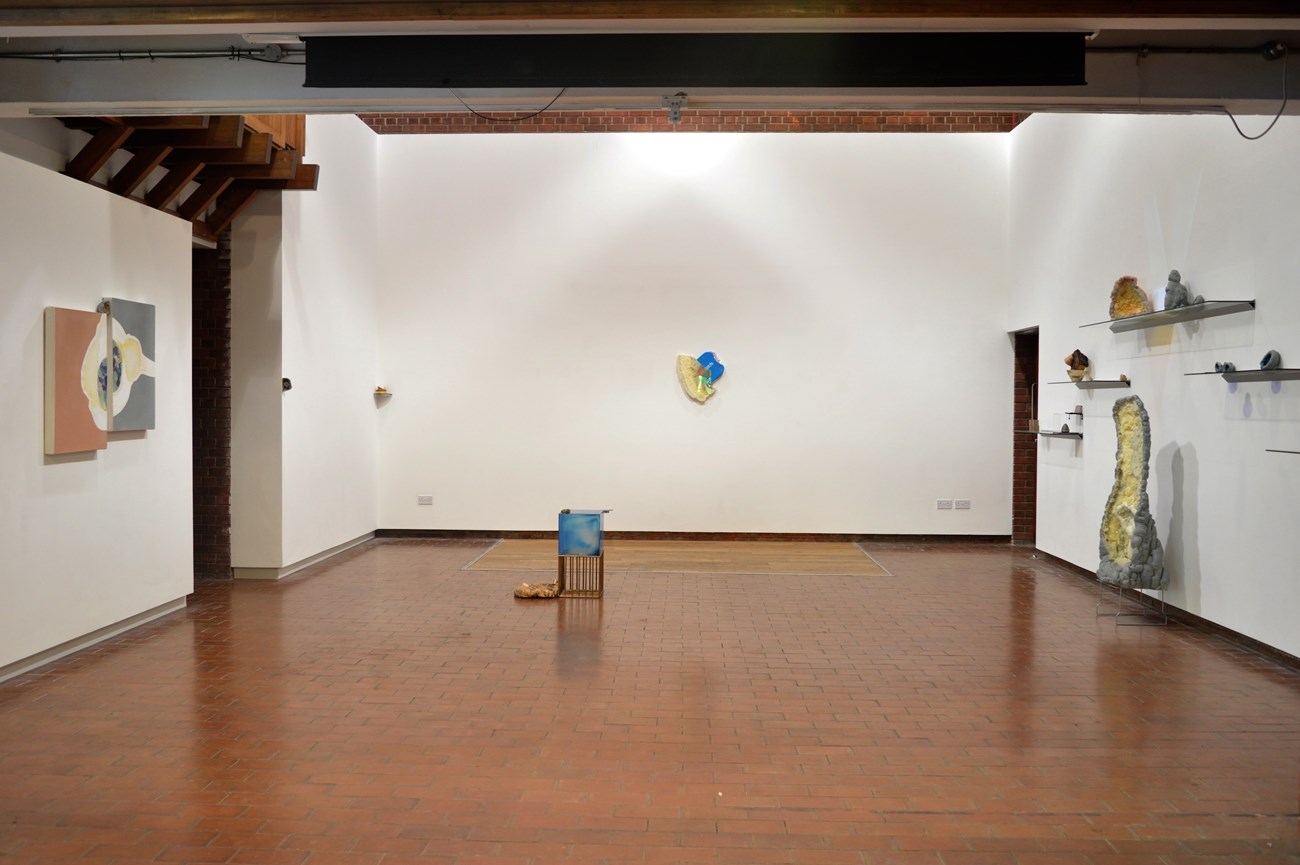 A series of eleven works produced using mid 20th century lace patterns, sourced from an architectural salvage yard in Glasgow and originally produced in Nottingham and Ayrshire. In some, water has been used to loosen the original pigments and extend the geometric designs across the paper. In others, gold and silver have been added, highlighting certain motifs to shift notions of provenance, value and authenticity. Re-presenting the industrial artefact in this way, Winnett explores processes of historicisation while interrogating the interplay between industrial and artistic labour. 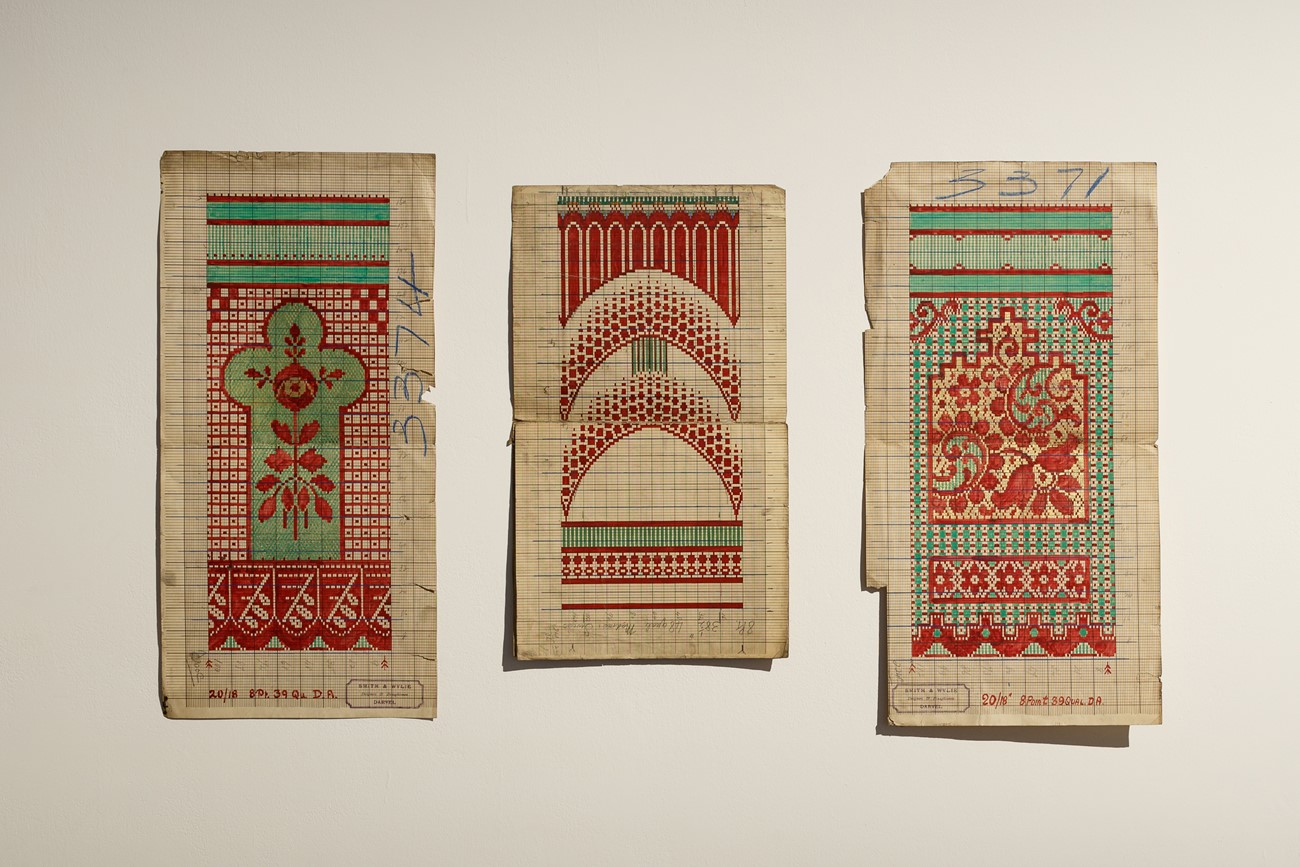