The uncertainties brought on by BREXIT, the failure of the Northern Ireland Assembly, and the challenges to the Good Friday Agreement have left a dangerous space in Northern Ireland where terrorist groups find a voice and gain influence. In an effort to generate community support and undermine local police, dissident terrorists conduct violent attacks (shootings, beatings and intimidation) against people in their own communities. Many of these dissident groups take part in criminal activities for their own gain. These life changing attacks happen within both the loyalist and republican communities

Between 2013-2017 there was a 60% surge in paramilitary style ‘punishment’ shootings and beatings. Despite a small dip in the number of these horrific incidents between 2017-2018, the overall trend is one of growth. Between April 2019 to April 2020 there was another increase of 13%. Becoming commonplace in the province are ‘punishments by appointment’. In these situations a family member, or close friend of the ‘offender’, deliver them to a predefined location where their punishment is dealt out by a group of masked men. The severity of the punishment will depend upon the nature of the ‘crime’ – anti-social behavior, drug dealing, burglary. Commonly, handguns are discharged at the back of knees, elbows, ankles and palms of hands.

As a response to the rise in terrorist activity I have been developing bodies of work using the motif of the three-hole balaclava ski mask - a symbol of terrorism in the province. The first of those bodies of works is Masks, an on-going series of unique silver gelatin contact prints. Made by placing the screen of an iPad, displaying an appropriated image, directly onto traditional darkroom paper, the resulting soft, yet disturbing images allude to the troubles of the past and stir ominous thoughts about the alarming escalation of these violent attacks. 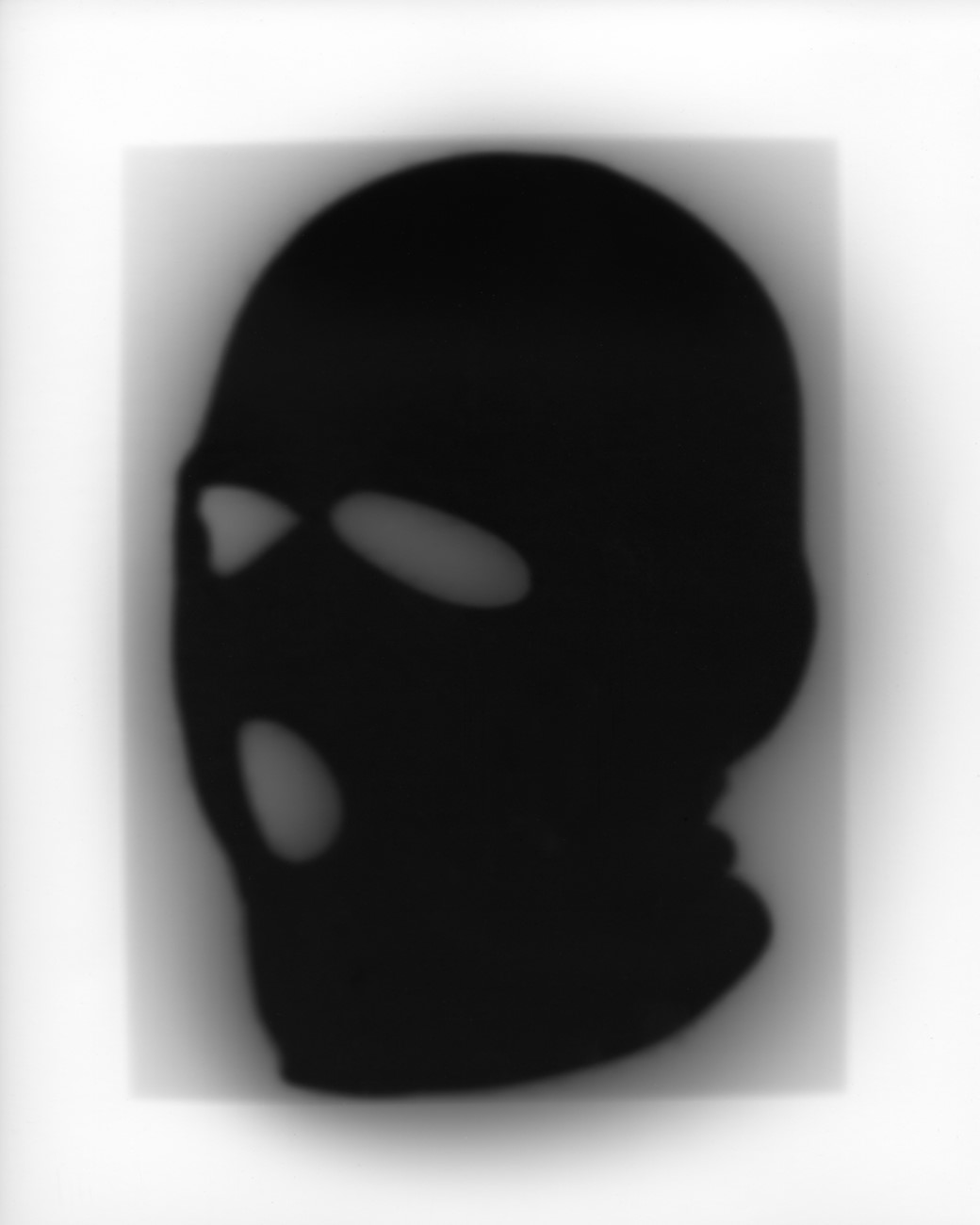 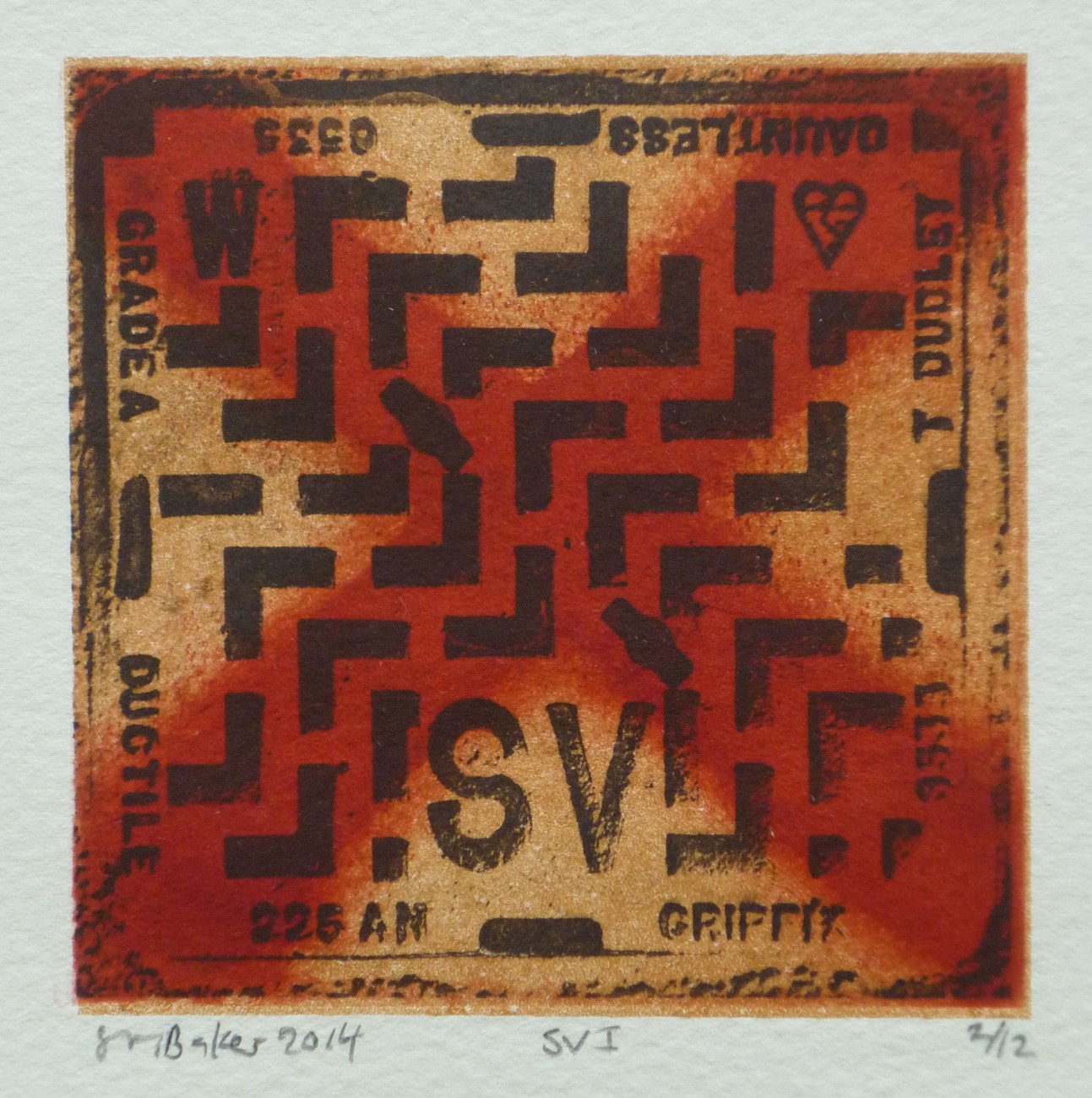 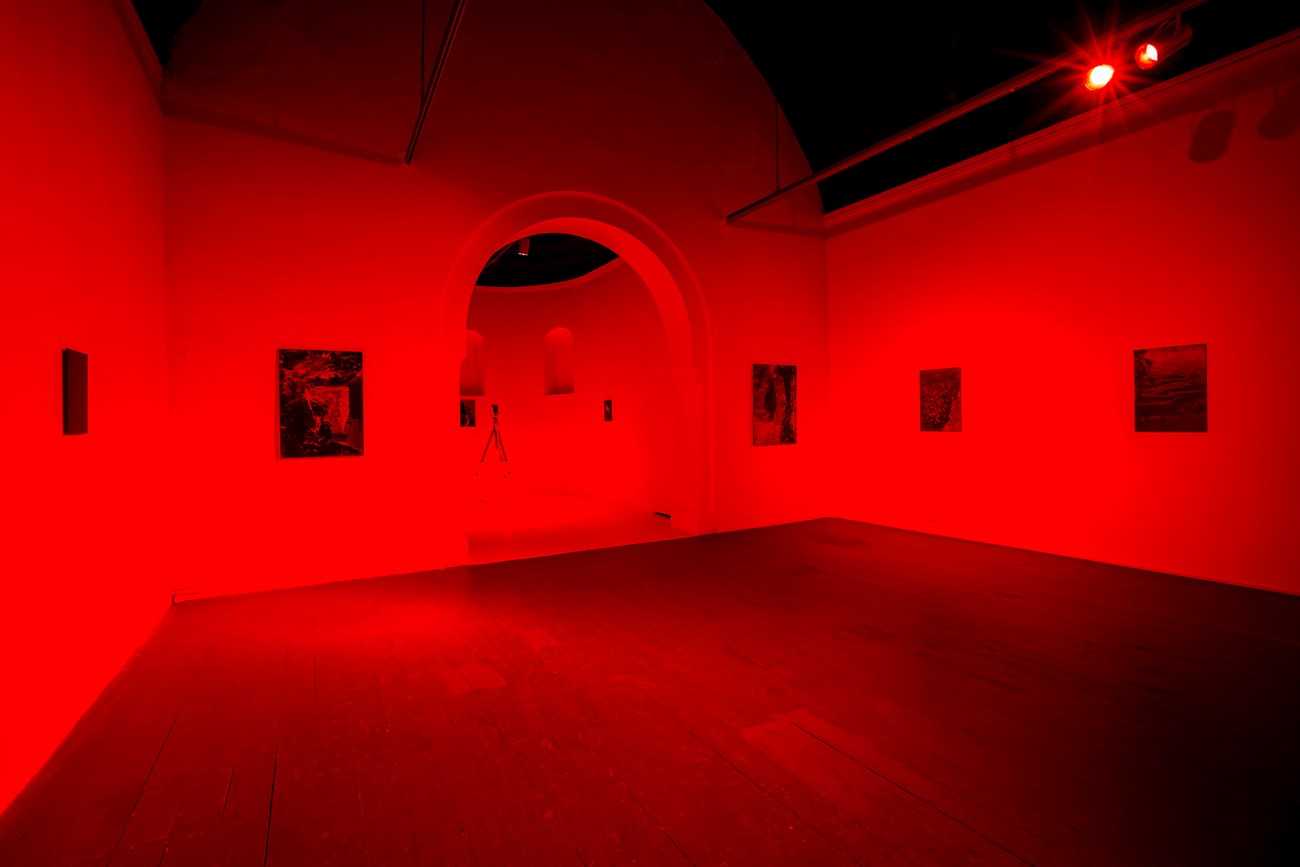 Monoprint, recreating the feel tragedy. A house burning down, the rafters crashing in and smoke coming up from the devastation. 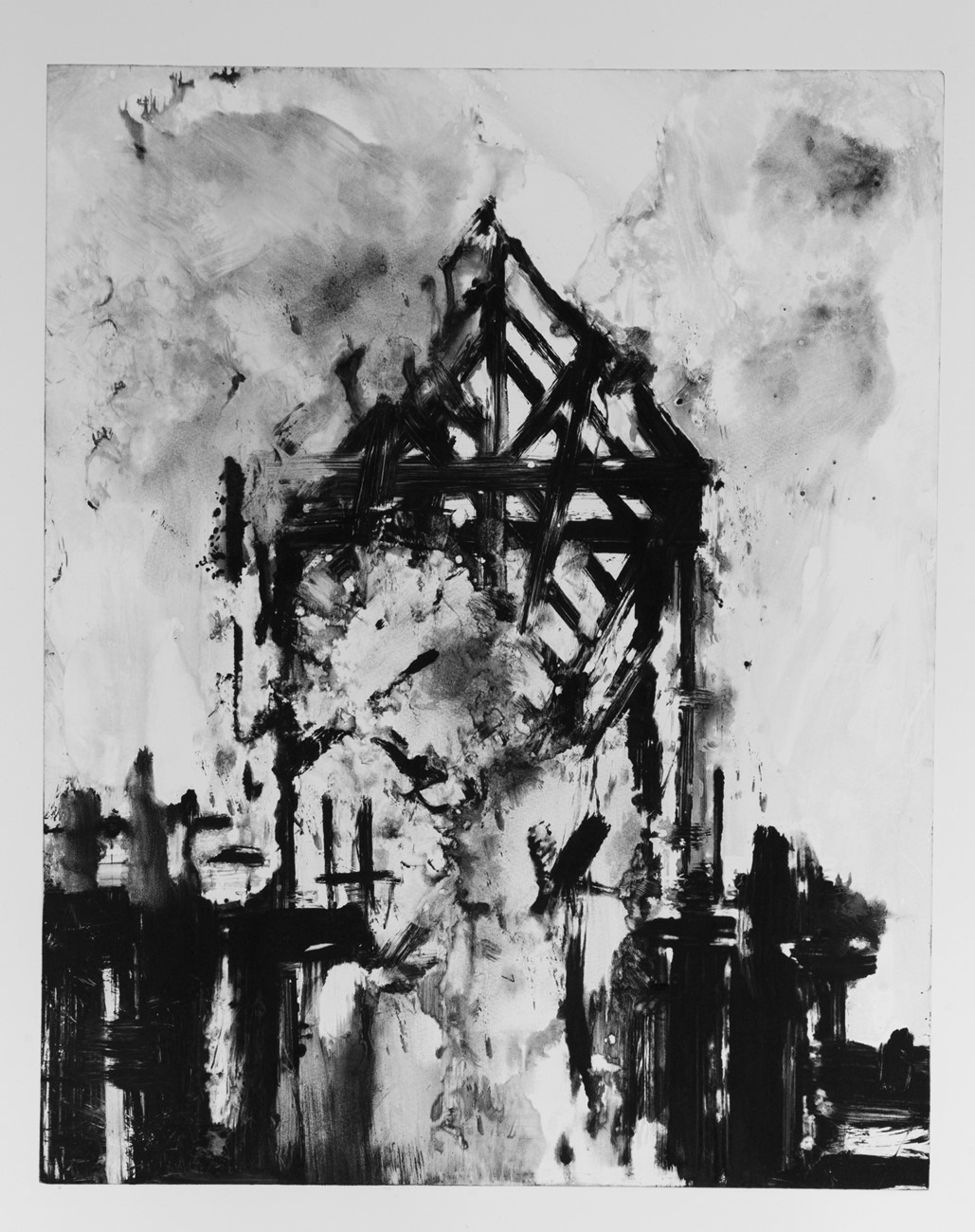 For this project I was invited to take part in a group exhibition 'Search the Collection' at Nottingham Castle Museum and Art Gallery. I was commissioned to produce a limited run of A4 prints to be distributed to the public. These prints were accompanied by 2 large scale print works. 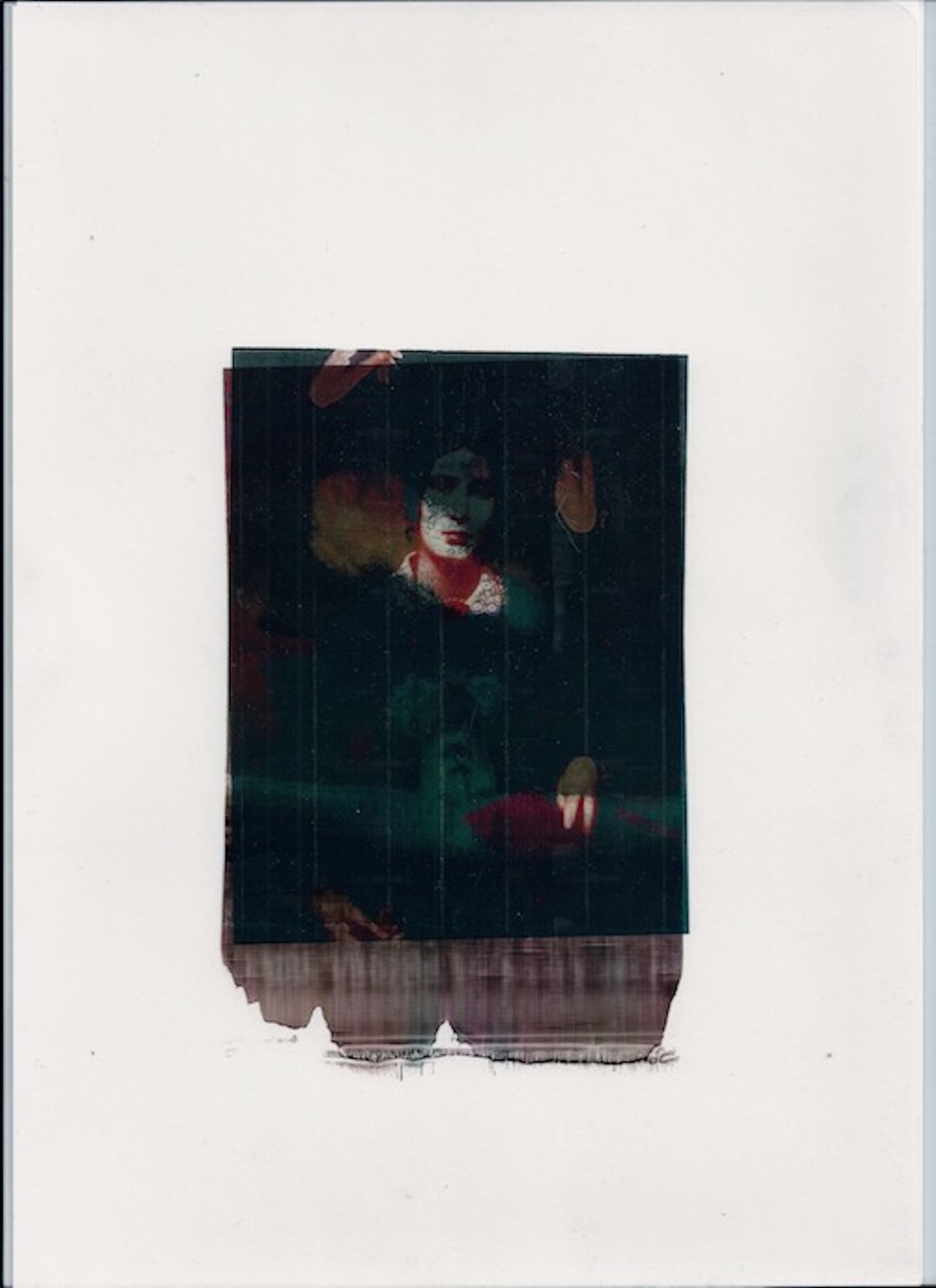