In response to our digital residents Kim Coleman and Jenny Hogarth we've selected five artists who have experimented with light and reflection within their work: Liz West, Aimee Nelson, Darren Neave, Hester Jones and Liliane Lijn.

Our Colour Reflection creates a conversation between the viewer and the setting using more than 765 mirrors made of coloured acrylic. There are 15 colours in all and the mirrors with diameters of 30, 40, 50 and 60cm are set at different heights so that they both reflect the surrounding space, revealing parts of the architecture that would otherwise be invisible, and project colour up into the interior. 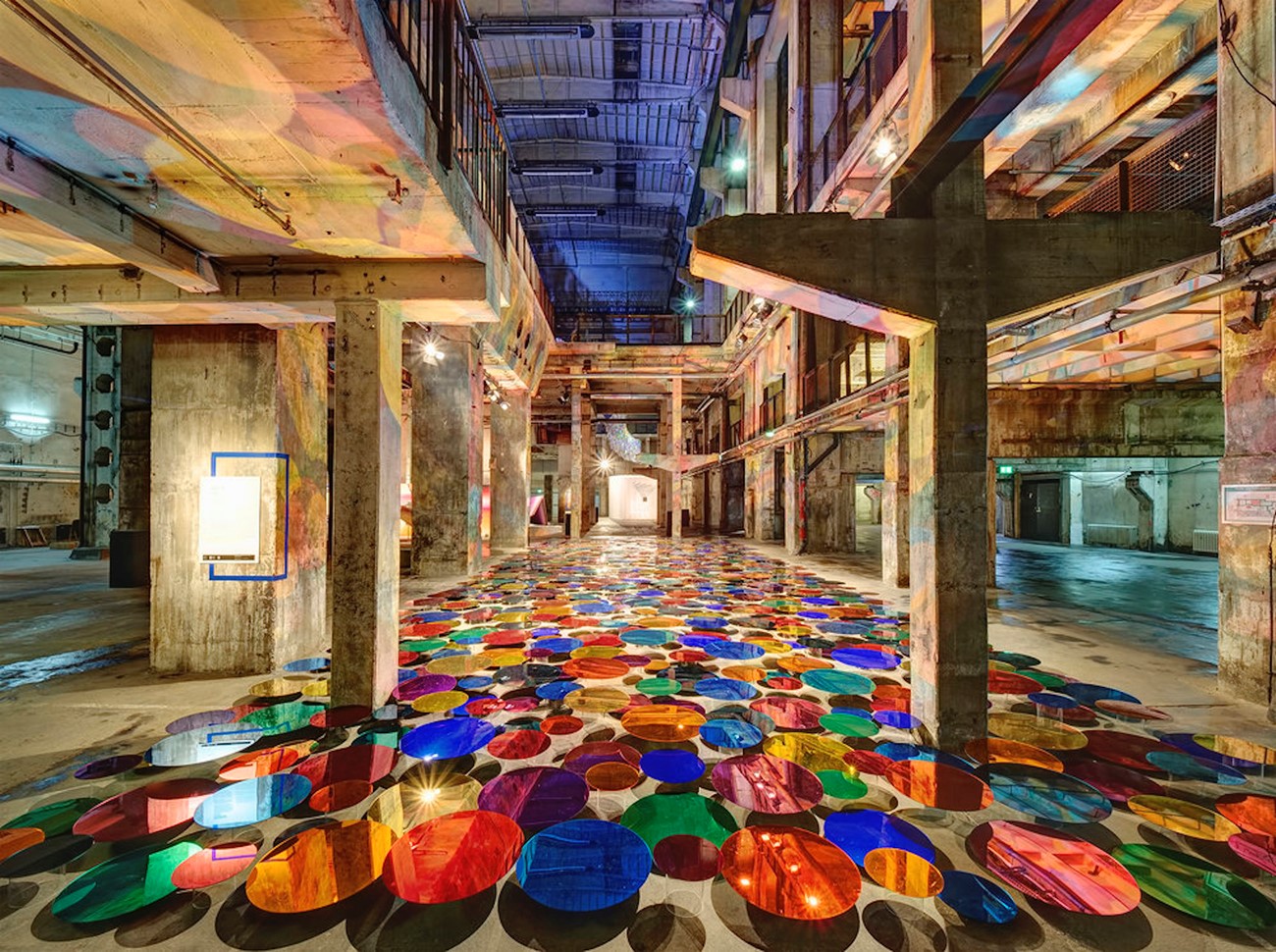 Commission for the University of Ulster, Belfast School of Art Campus. 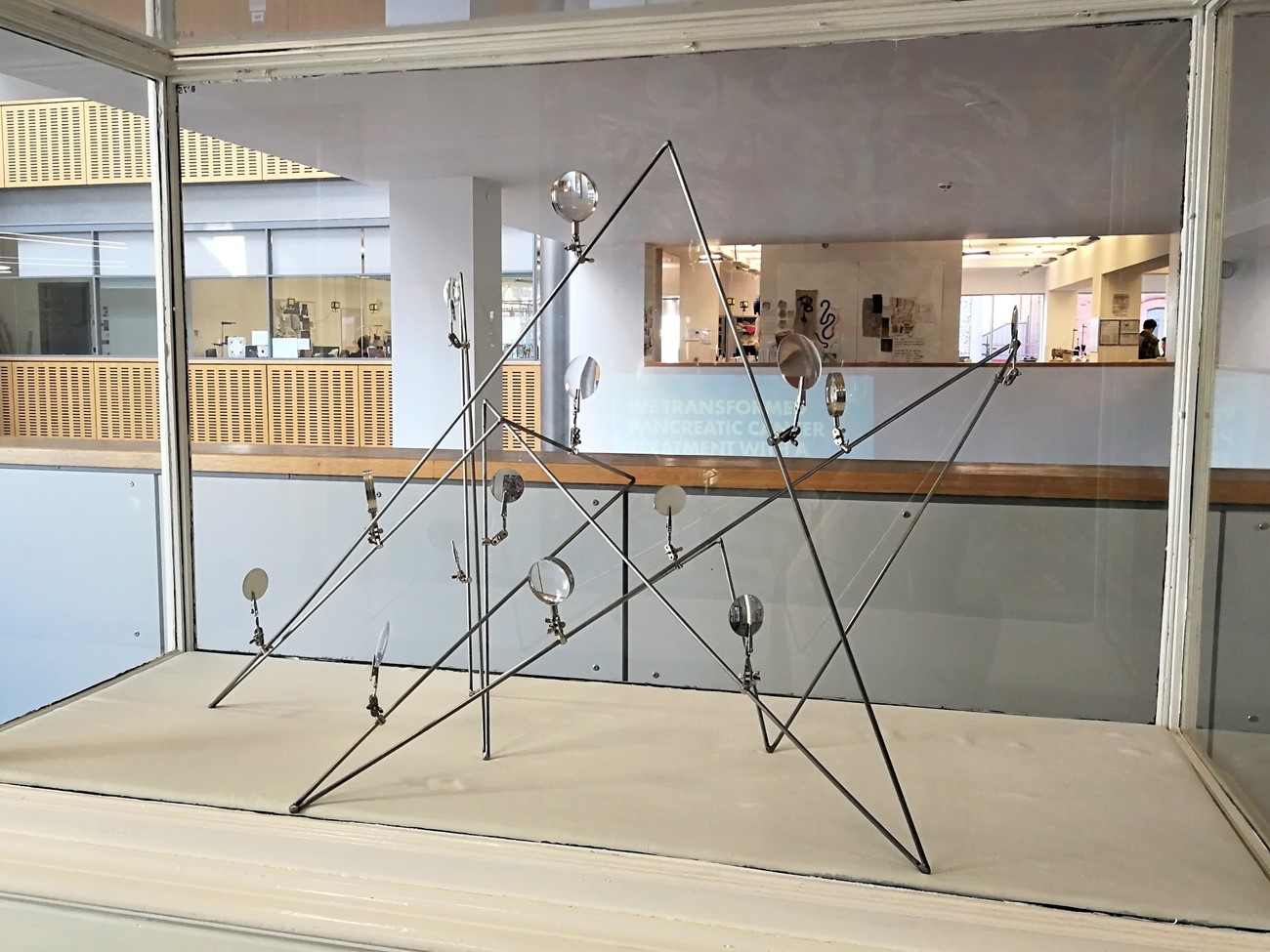 The gallery is part of a research project looking into online representations of artworks, design objects and small collections. Whilst many museums have been closed to public interaction, art never sleeps. The lights do not have to be switched off here. The gallery aims to provide a slightly different ‘viewing’ experience, this also may be enabled with the choice of artworks, how they are positioned and curated, what other ‘interactive’ elements can be brought into play as well.

An overall encasing instantly gives drama and showmanship. The piece can be displayed in many different ways, with spotlighting and other props to bring to back to life.

The Venus Effect is an interactive photographic piece, made for the project Body Culture.

In response to the research Disordered eating and disordered schooling by Evans, Dr Rich & Holroyd, The Venus Effect aims to draw attention to the pressure many young girls are under to perform academically at school, whilst simultaneously in pursuit of physical perfection; and to the anxiety, stress, and guilt they experience as a consequence. Combined with the part photography agency plays in constructing female identity, reinforcing the ‘perfection’ and ‘performance’ codes in the researches: many children and young women today strive to live up to the idealized and sexualized feminine body as portrayed through Media and more traditional forms of representation.

The work draws upon Lydia’s voice, in particular, from the research;

“Because I had hassle when I was fat. You know, I wouldn’t get asked out by boys … you know, every time I walked past a mirror I would hide myself.”

The girls in the photographs, aged 14-15 years old, photographed each other in a photography workshop. The girls generally took a great deal of encouragement to face the camera, as is typical of teenagers they were often awkward and embarrassed, seemingly more so under the gaze of their male peers.

The Venus effect: a phenomenon in the psychology of perception named after various paintings of Venus gazing into a mirror, such as Velazquez’s Rokeby, and Veronese’s Venus with a Mirror, is exactly the kind of illusion I wish to play around with, drawing attention to the fact that young female children and women are under the illusion that they have the wrong body size or weight.

The work is concerned with “the false-body phenomenon” and “body instability,” indeed, “women’s own participation in their subordination and the construction of a feminine psychology.” (Bodies, Orbach) 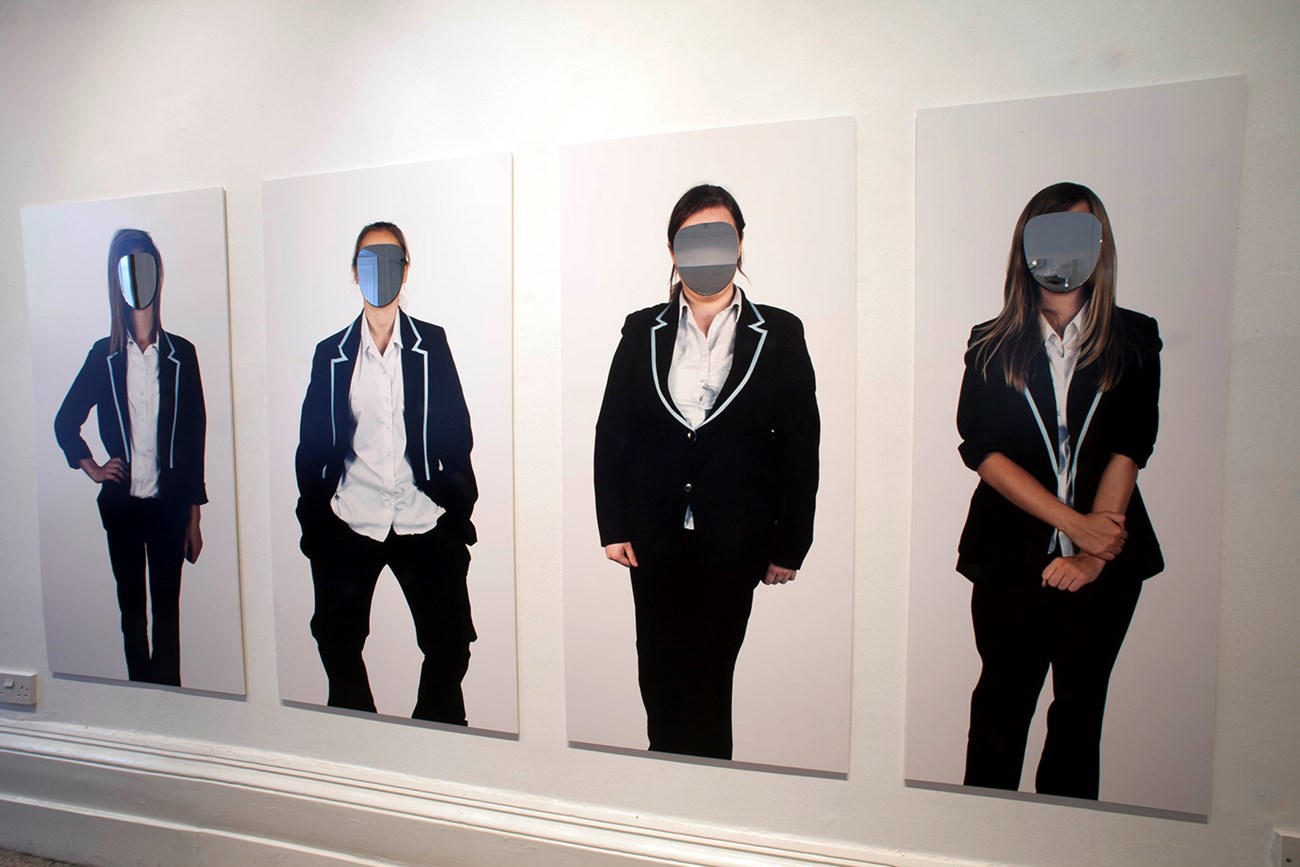 Liquid Reflections was made in two series: the first in 1966 and the second which incorporated a number of design changes and improvements in 1968.

Liquid Reflections and the works leading up to it were my first and most complex works with water and light. The Liquid Reflections series, inspired by my interest in astronomy and the physics of light, was the outcome of 5 years of experimental work with plastics and fire, acrylic polymers, lenses, prisms, light and finally water.

Liquid Reflections is comprised of a hollow acrylic disc, containing water and revolving on a motorized turntable. On its surface, two acrylic balls rotate, their motion subject to opposing forces: the centrifugal force of the spin of the disc and the centripetal force due to the concavity of the disc surface.

When the water is first poured into the disc, it condenses into patterns that resemble interstellar clouds of gas, but soon it contracts into precise spherical droplets, alive and trembling, which in turn become increasingly homogeneous, covering the entire surface of the disc. The water in the disc both influences the total equilibrium and is influenced by it, exerting an effect on the movement of the balls.

The movement of the balls on the surface of the disc is governed by the laws of momentum, as well as centrifugal force and the pull of gravity induced by the concavity of the disc. The balls also act as moving magnifying lenses, bringing to life now one area of the disc, now another, with a strange lunar landscape of reflections and shadows. Liquid Reflections is my attempt to contemplate the universe on an intimate scale. 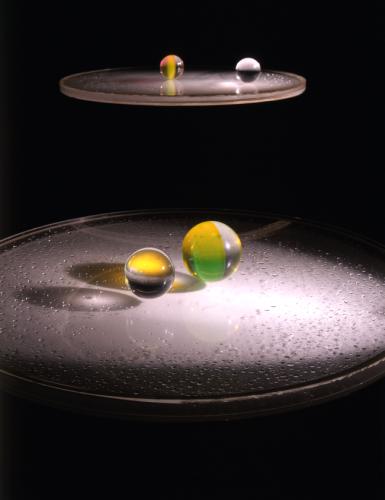