"Office Folk" explores what happens when the spirit of ‘folk’ interrupts the usual expectations of an office environment. Bored office workers, who linger in the stock cupboard, find alternative uses for the tools and stationery they discover.

Employing makeshift methods office workers mis-appropriate and adapt common place objects to create escritoires (desk companions) to tickle, cheer and interrupt the daily grind. "Office Folk" is an exploration of what can be created under the cover of ‘office administration’, creating pieces of quiet rebellion. 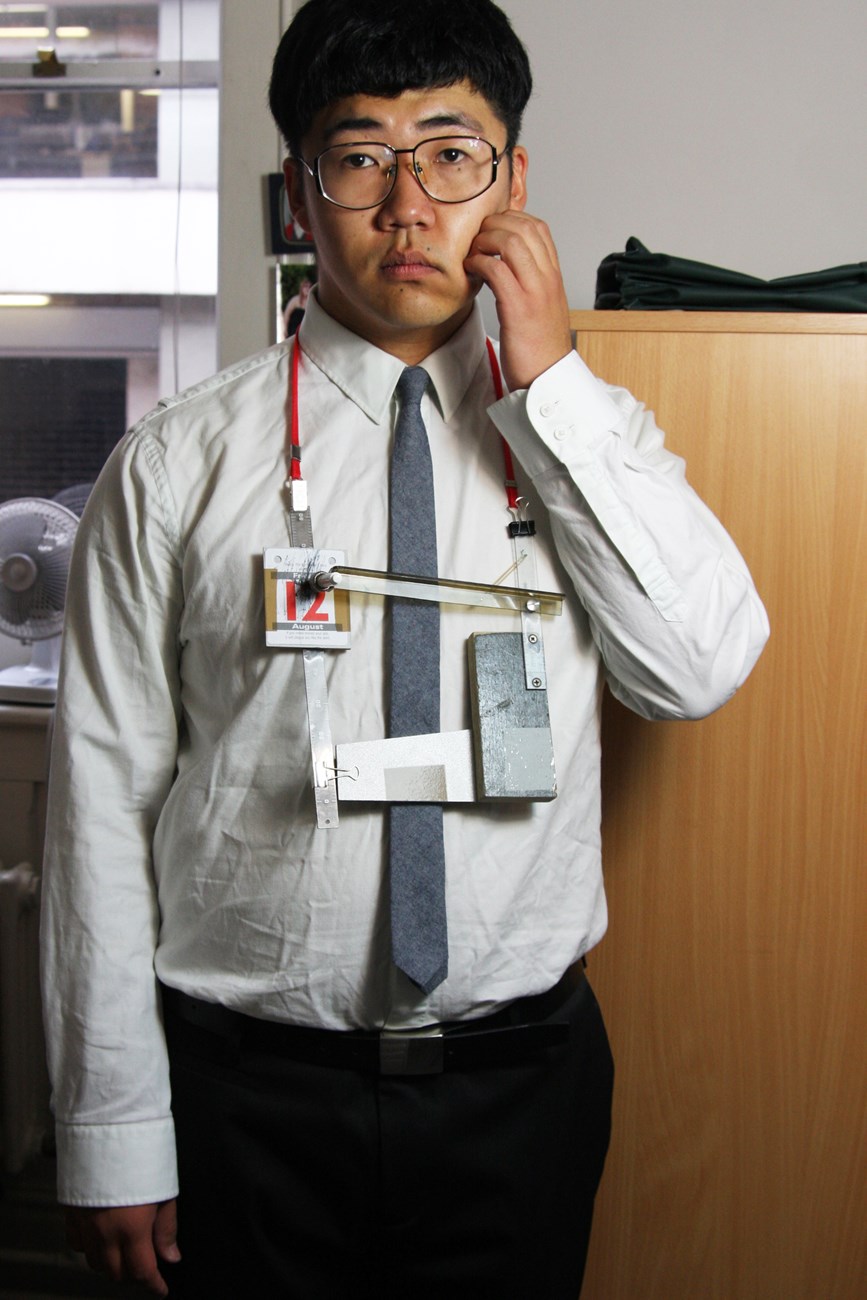 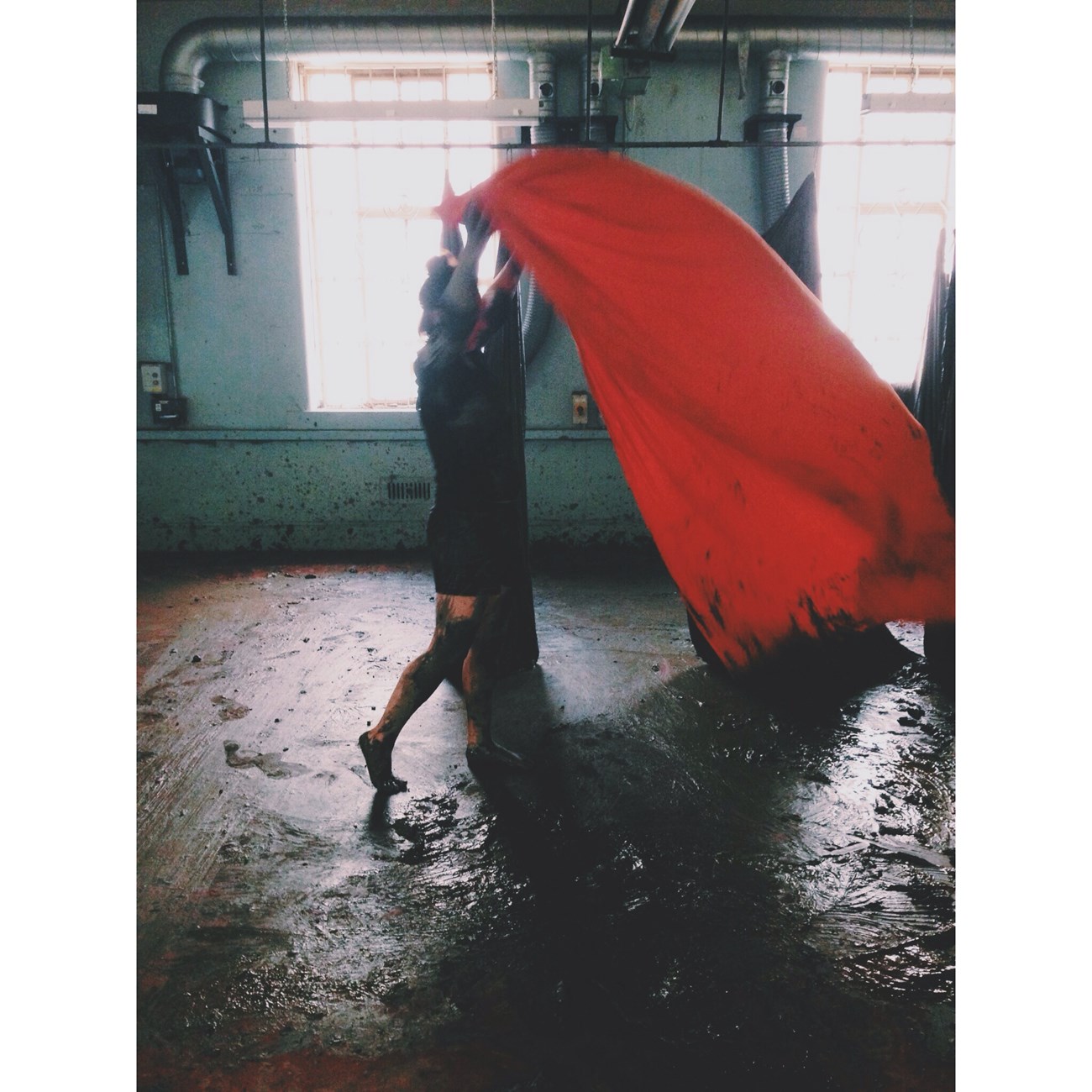 The fifth iteration of ‘How to put up a shelf’ comprises a co-investigative performance into the politics of curating and fabrication. Using the 'not-equal-to' symbol as a representation of unequal shelving, a female curator and male artist work in tandem to construct two shelves. This performative intervention aims to create a more level playing field whilst framing and challenging prejudices regarding positions of power in industry.

The ‘How to put up a shelf’ series – background

Before I became an artist, I was an handyman. When people used to discover this about me, over half would ask the same question:

– So do you put up shelves and that sort of thing?
– Yes…

In order to discover why that question arose so frequently, I devised an experiment to investigate in detail how I put up a shelf.

I videoed myself putting up a shelf in my studio, and then reviewed the footage, recording all the decisions, no matter how small, that I could see myself making. Taking a decision to comprise a question and an answer (Q. Do I want that? + A. Yes. = D. I want that), I wrote what I believed were the questions I was asking during the process, e.g. ‘Is it level?’, ‘Is the drill set to the correct speed?’.

The resultant list of 553 questions became the first part of my open-ended preoccupation with shelves. 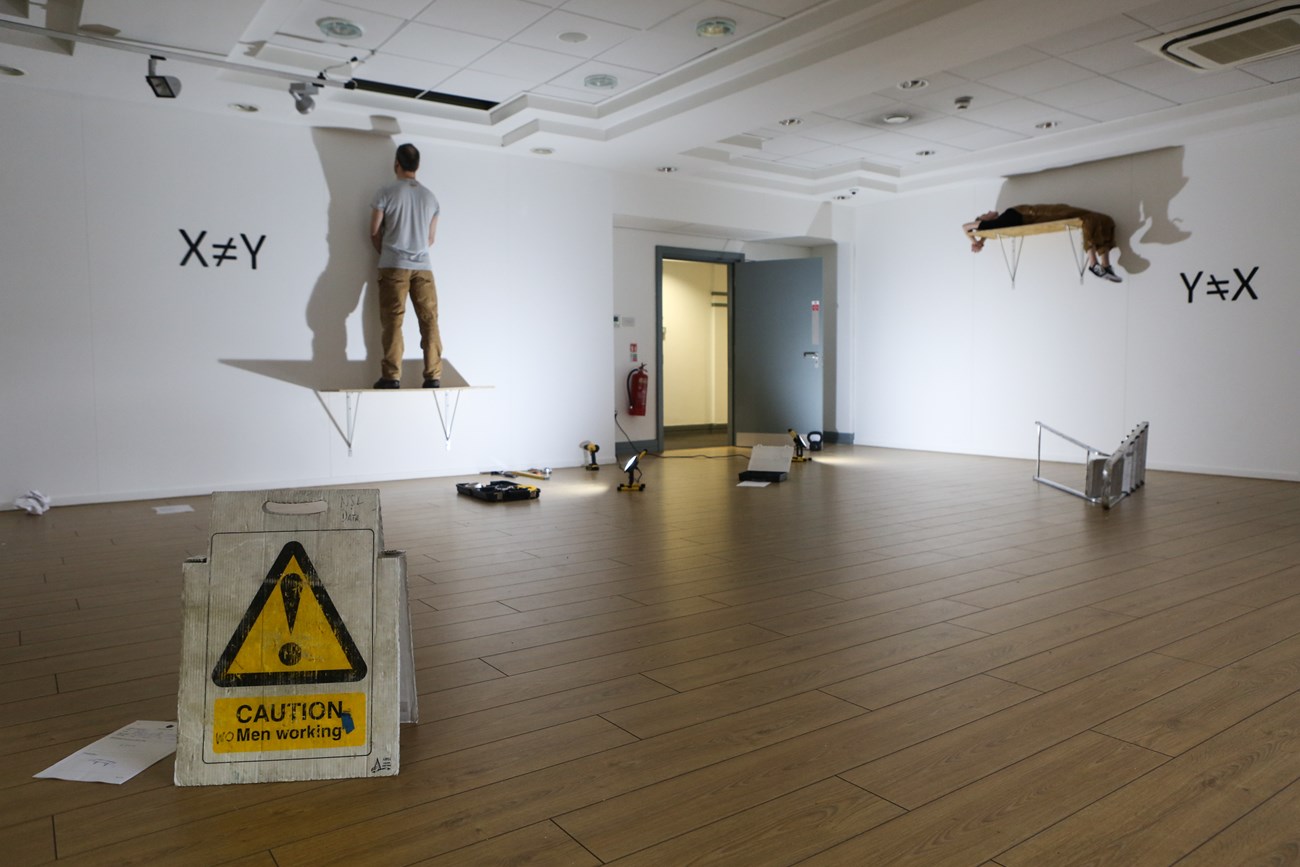 A collaboration with Paul Hurley.

Commissioned by The Parlour Showrooms in partnership with KWMC for In The City Series, The Showroom Projects, Bristol 2013

Through a series of workplace meetings and demonstrations, A Lexicon of Labour Movements investigated the physical movements associated with selected tools and trades across the city of Bristol, as well as the meaning of labour for different workers. The project culminated in an exhibition, book work, performances, Downing Tools Social & Tea Break Talk events. 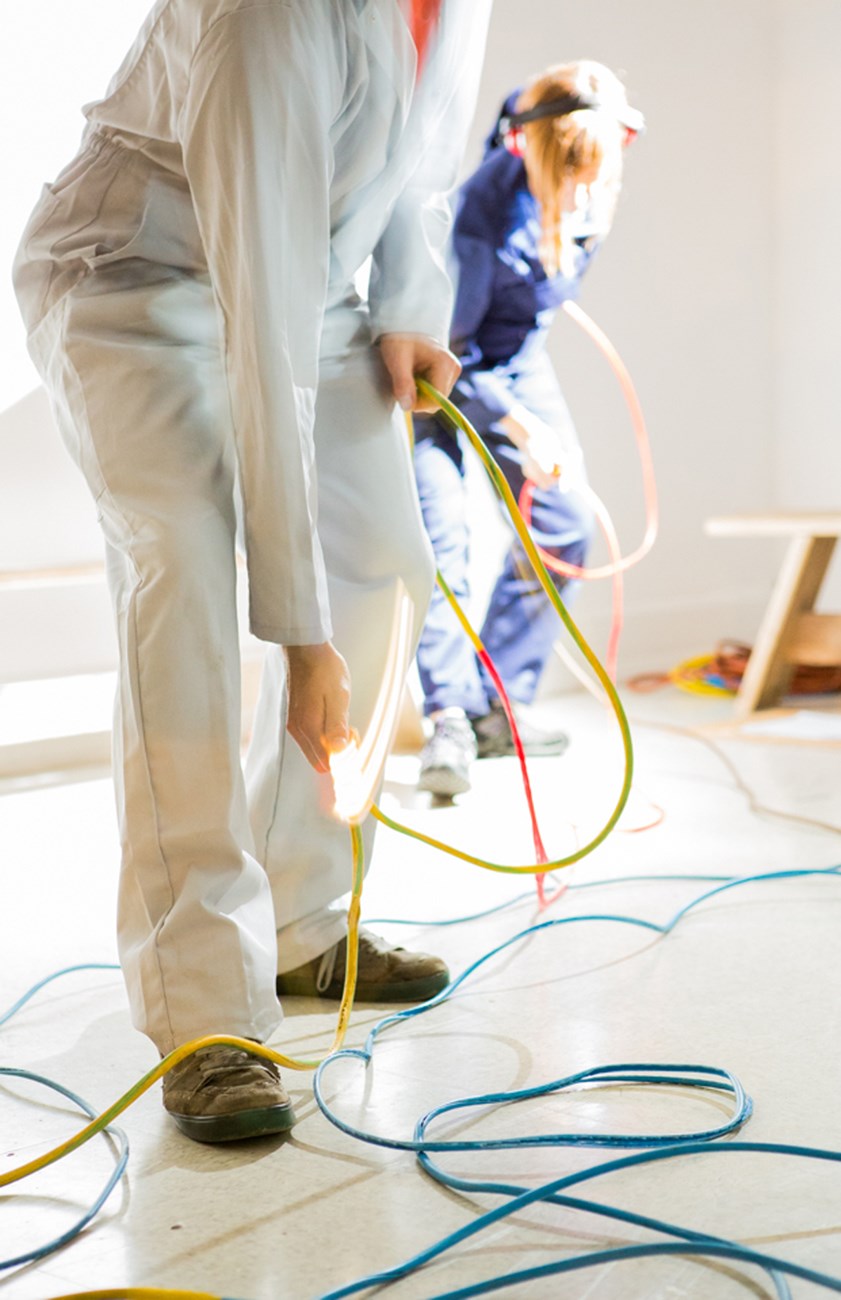 This photographic work consists of 189 photographs taken over a period of 311 days from the 4th of March 2014 to the 6 of January 2015. Each image was taken on the daily commute to work at approximately nine in the morning when the car I was traveling in was stopped at the traffic lights controlling the Gileston to Oldmill Highway Improvement Scheme in Aberthaw, South Wales. The time frame in which there was an opportunity to take a photograph was actually 212 days when you factor in weekends and a 10 day holiday when I was not traveling to work. 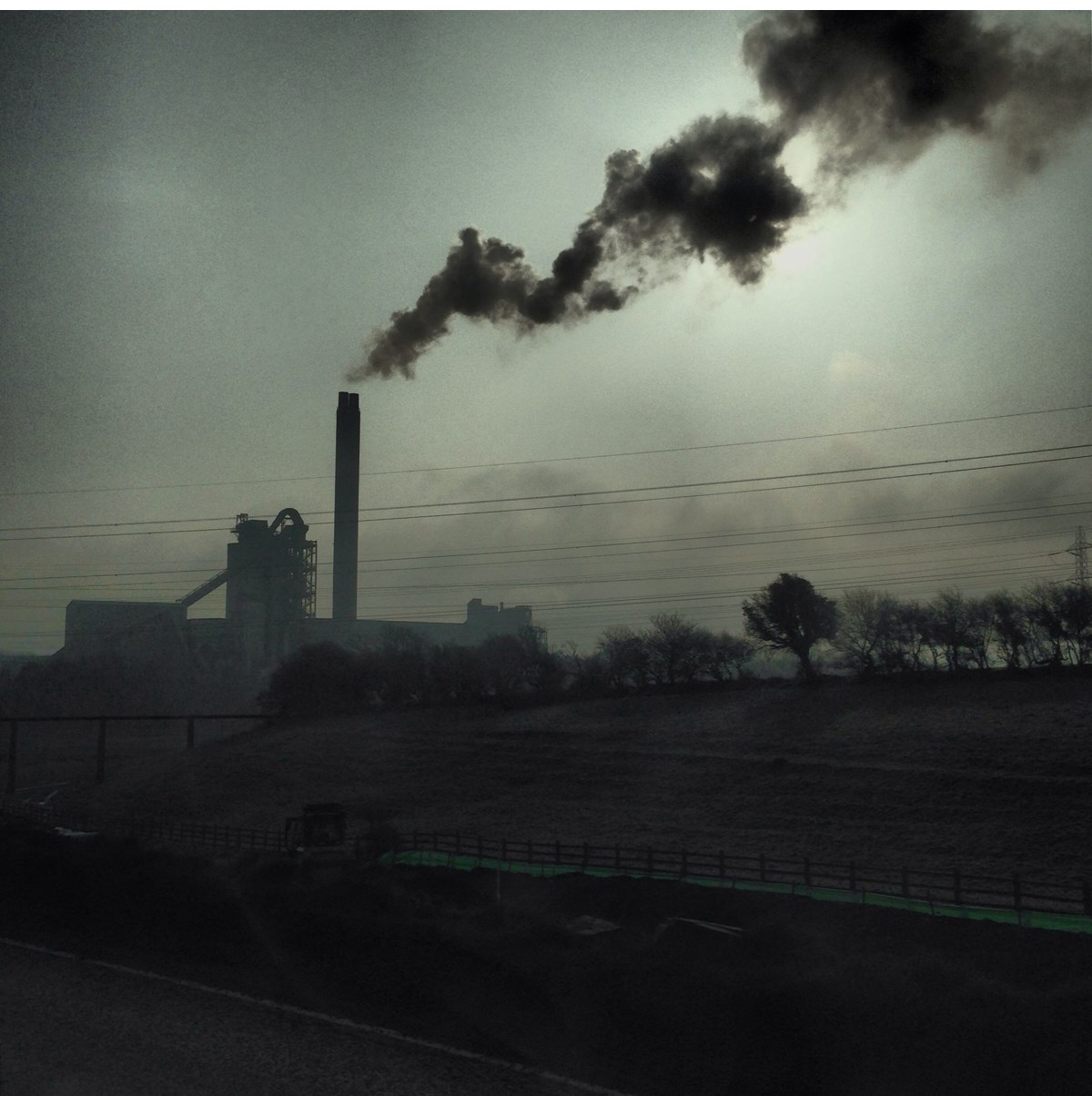