A solo exhibition in collaboration with digital artist Bill Newsinger, to showcase new works inspired by the natural sciences’ collection at New Walk Museum in Leicester. With a focus on the order, variety and beauty of colour in nature using paint, wax pastels, spray paint, ink, graph paper and 24 carat gold leaf onto photographs of birds from the collection.

Stevens was inspired by Werner’s Nomenclature of Colours, an early colour dictionary, outlining colour matches across the natural kingdoms. Darwin referred to it in his notebooks from the voyage of The Beagle. One of the most significant colour dictionaries’, A Nomenclature of Colours for Naturalists (1886), was developed by Robert Ridgeway, an American ornithologist for bird identification, which was developed in 1912 naming 1,115 colours, paving the way for the pantone colour charts of today. 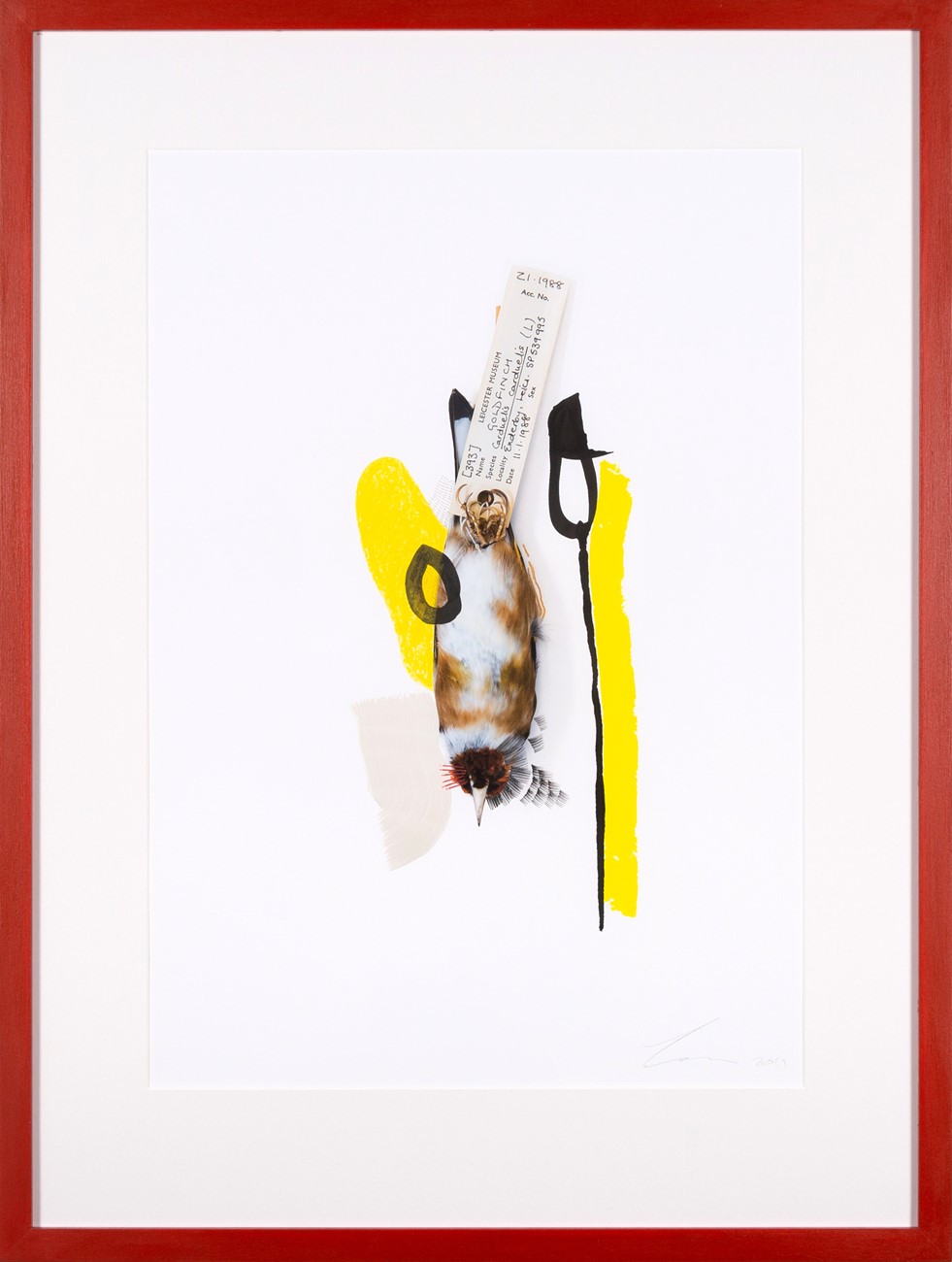 Atelier creates a lab like situation for its spectator(s) due to the space of the artist’s studio becoming a cage environment for the performer which mimics the interior space of the finches’ cage (focusing on nesting materials). The lab atmosphere is highlighted by the monitor outside of the space which acts as a zoo cam (or a surveillance) not only does it press on the voyeuristic tendencies of its viewer but also causes the performer to be very aware that she is being watched even if she is unaware, this in turn causes a tension between the performer and the viewer. Atelier takes the position of an Ornithologist through the research and ideology carried out during the performance, such as nest making, sound tests (playing the finches other bird songs including their own and recording their response) and finally creating a caged space. All of which are developed with the assistance of Darwin’s study on finches whereby he researched the same areas as well as the variety of finch beaks. 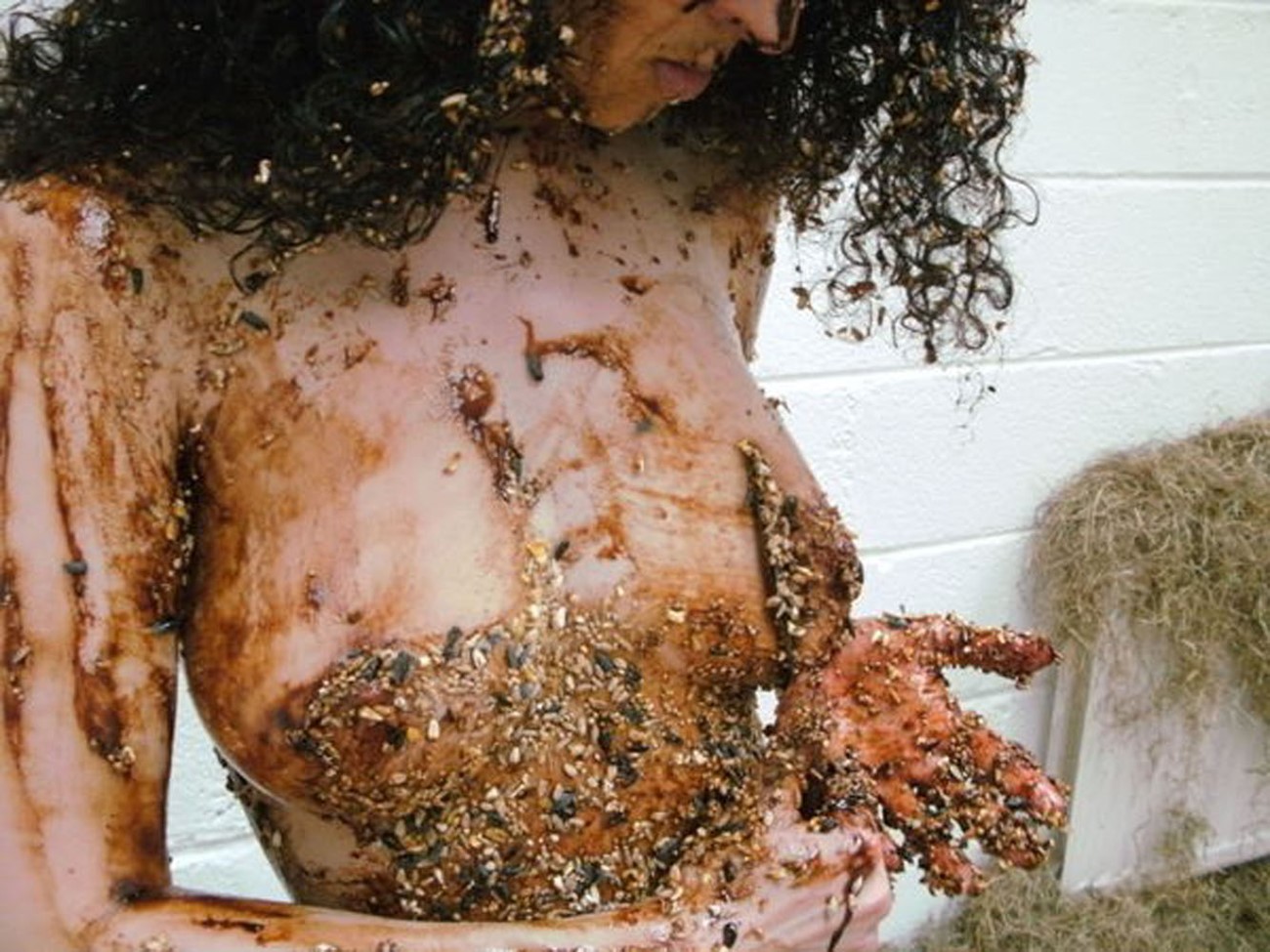 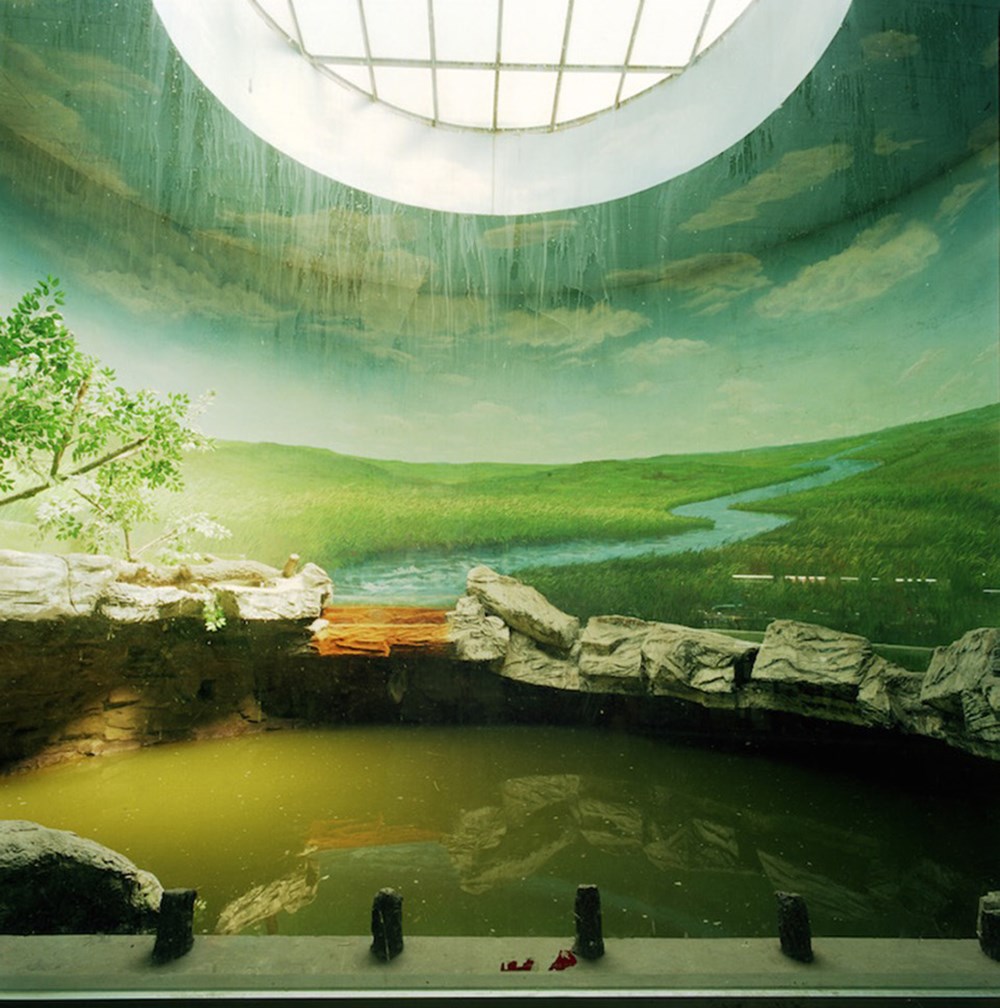 From the Market Paintings. Oil on board 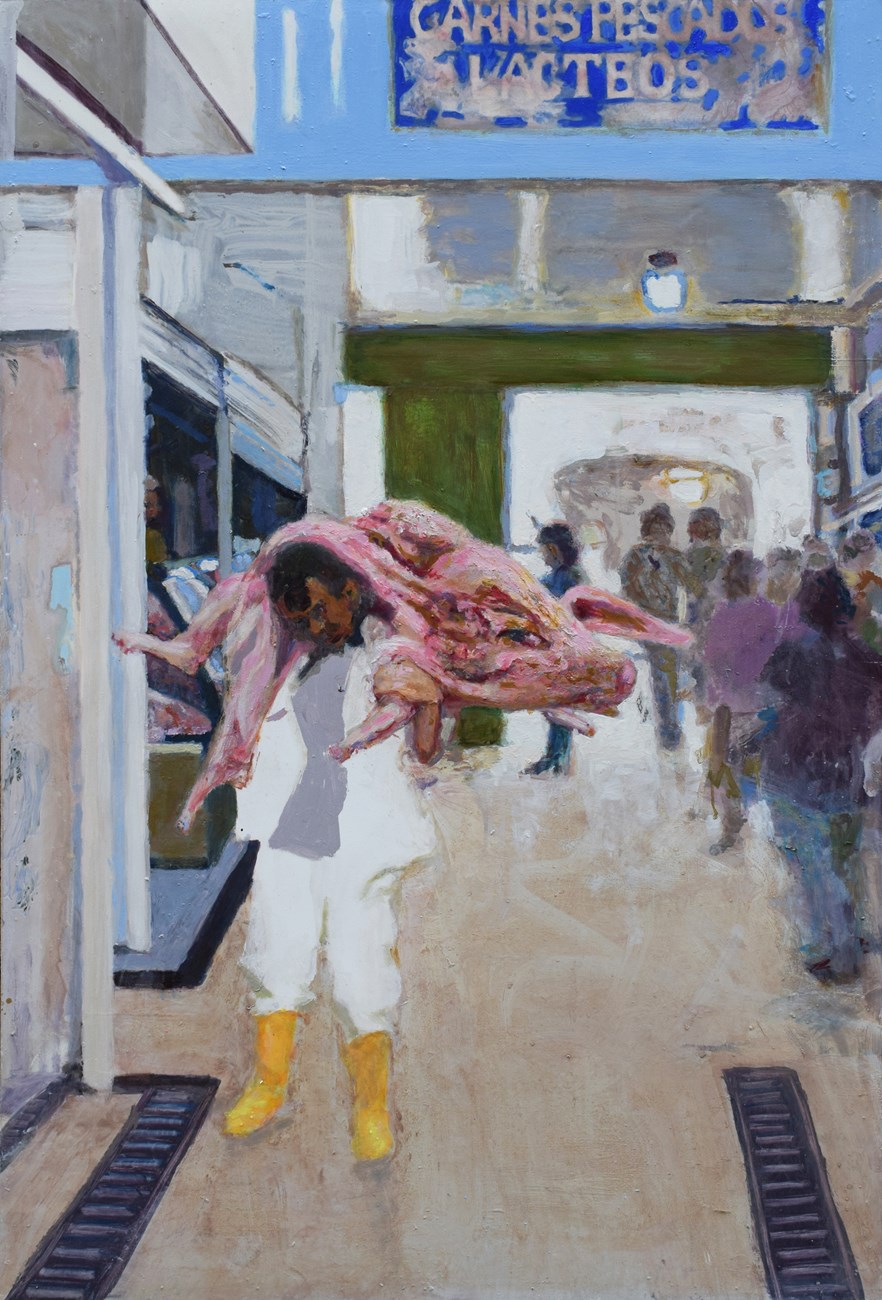 Clara S. Rueprich's video 'condition M', documents a training exercise with a keeper and his hunting dogs. A trail of meat lies outside the dogs' kennels. Marked with an 'M' on their flanks, the hounds waiting hungrily inside can see the meat and become excited and agitated in their wait, but the keeper prevents them from leaving. When finally allowed to leave, the keeper cracks his whip and the dogs obediently hold back from devouring the meat. The dogs are incredibly patient, and when they are allowed to feed, they do so with great energy and delight. This remarkable film, shot from a single viewpoint, explores the close relationship between the keeper and dogs / human and animal, but also raises certain ethical questions about the mechanisms of control used to restrain these hounds which are bred to seek, hunt and kill.
(Emma Dean)

Condition M captures a pack of hounds being shown meat, initially prevented from eating, then being allowed to feed by their keeper. These dogs have been fully trained, thus each bears a branded M on their flank, yet the rules of the interaction between keeper and dogs seem paradoxical. The interaction is not modelled on a human relationship but the dynamics of animal packs; the dogs respond to the control, generosity and cruelty of their master in a theatrical exchange that is both impressive and disconcerting.
(Aoife Rosenmeyer)