A film capturing intimate moments with the people of Peckham. It shows the humour and awkwardness of dancing alone in an incongruous space and the emotions that shift from embarrassment and self consciousness to exuberance and joy...and back again.

There is a duality at play as we focus on the narrative of the individuals featured while the vibrancy, texture and colour found within the aesthetic of Peckham’s retail environments offer an historical snapshot of a moment in time in a constantly evolving part of the city.

Collected shoes, gold chains and vintage buttons come together on a found weather worn branch to create a 'dance within nature' reflecting the tension between the natural and the manmade. 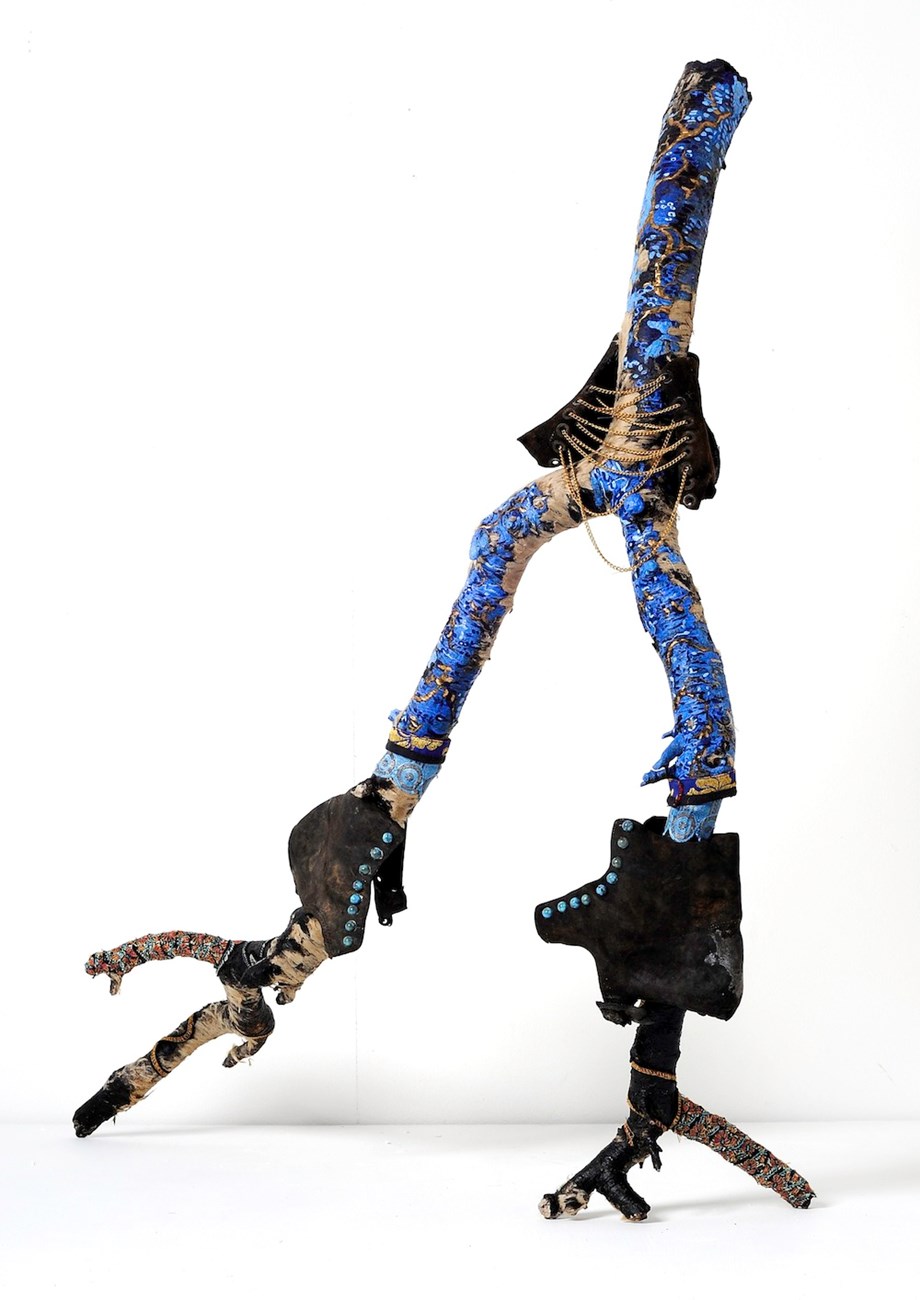 Performed at The Private View of The London Open, The Whitechapel Gallery, London, July 3rd 2012.

The Yard Illuminations series was created as a part of Vivid Sydney 2015 festival. I teamed up with Story Yard to present an event exploring the pivotal cultural aspects of the Caribbean Island of Jamaica, and revealing how reggae and dancehall music have not only been widely embraced, but evolved in contemporary Australia. The one night event encorporated art, film, dance and music, showcasing home-grown Australian music and dance talent alongside a series of short documentary films presented by Story Yard and my Yard Illuminations pieces.

The series is a progression from my dancing words series, bringing my line drawings of dancing figures to life using 3 dimensions and light. The figures tell the diverse story of the body language of the Jamaican dancehall scene. A story that is often characterised by it's controversial stereotypes of highly sexualised movements. However my dancing figures work to highlight a dance language with a history stretching back through the decades of musical development in Jamaica by illustrating and cataloging different dance movements. The language of modern Jamaican dancehall reflects the diversity and creativity of the culture, and continues to evolve and influence popular culture on an international level.

The series is created using electroluminescent wire (EL Wire) to create the 3-D drawings with light. EL Wire is made up of a thin copper wire coated in a phosphor which glows when an alternating current is applied to it. Each piece is made up of a length of EL Wire attached to black latex coated wire armatures with fishing line. Pieces from the series are supplied with both an A/C mains and an AA battery powered inverter. Each piece emits a slight high frequency hum unique to it due to the reaction that the electrical charge has when it hits the copper wire and luminescent coating. 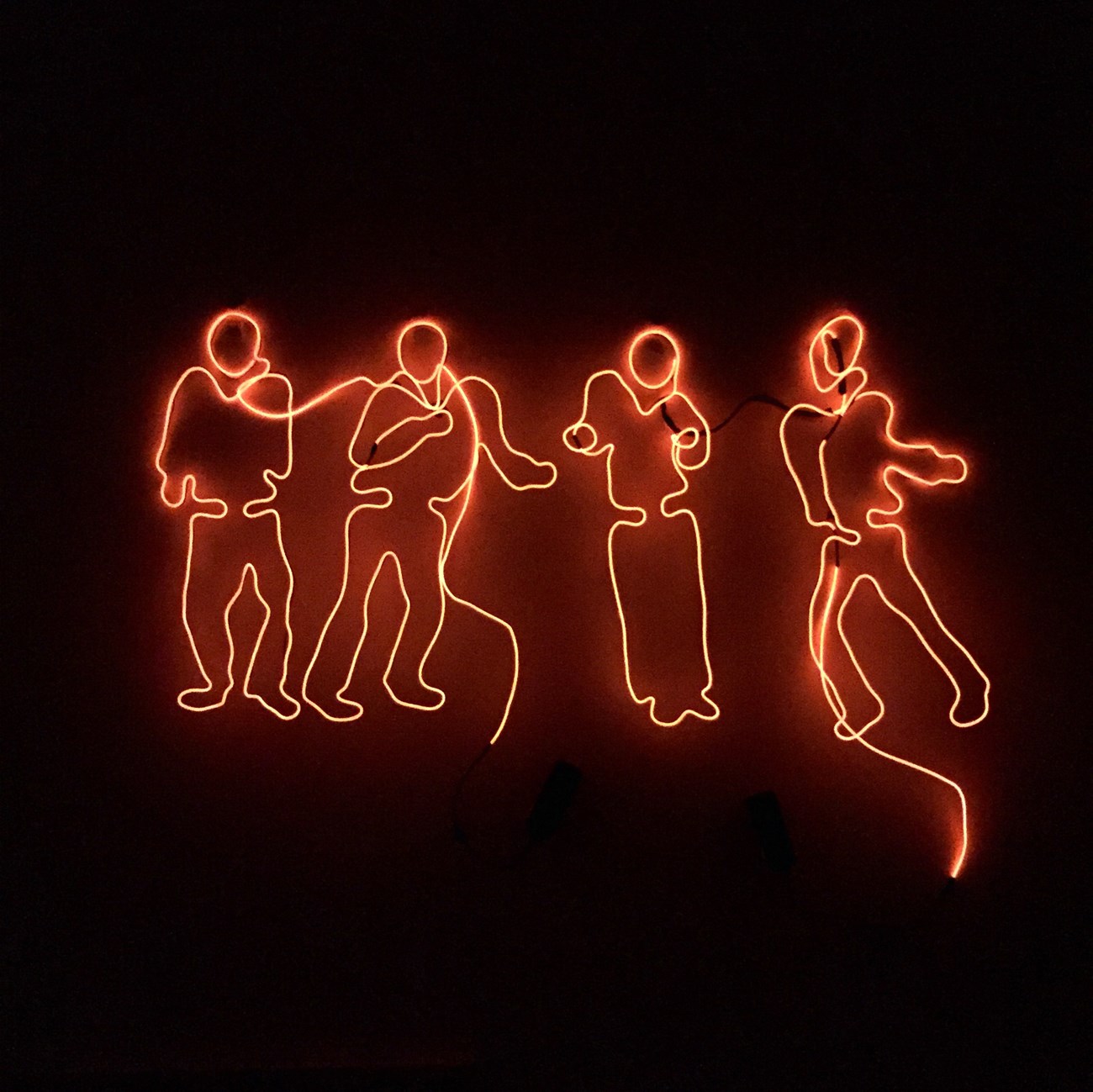 The Artist, Scene Five or Dancing in Front of Artwork by Dale Holmes, 2012