The two forms rest against each other, interlock and support one another.The ideas are developed from simple linear drawings in my notebooks and then made into patterns, which are used to form and shape the copper bar. The linear frameworks create a three-dimensional shape in space, through which the location, environment, can become integrated into the work.

In the drawings, I begin with a curved line in relationship to a straight line looking at lengths and proportions to compose shapes to use for constructions, often referring to the contour of a vessel or shape of the body.

'Linear spaces no.1' is the first small sculpture of a new series. In this work I am interested in exploring constructions that have ambiguities and an 'off balance'. Light, shadow, space, presence are always intrinsic elements of the work. 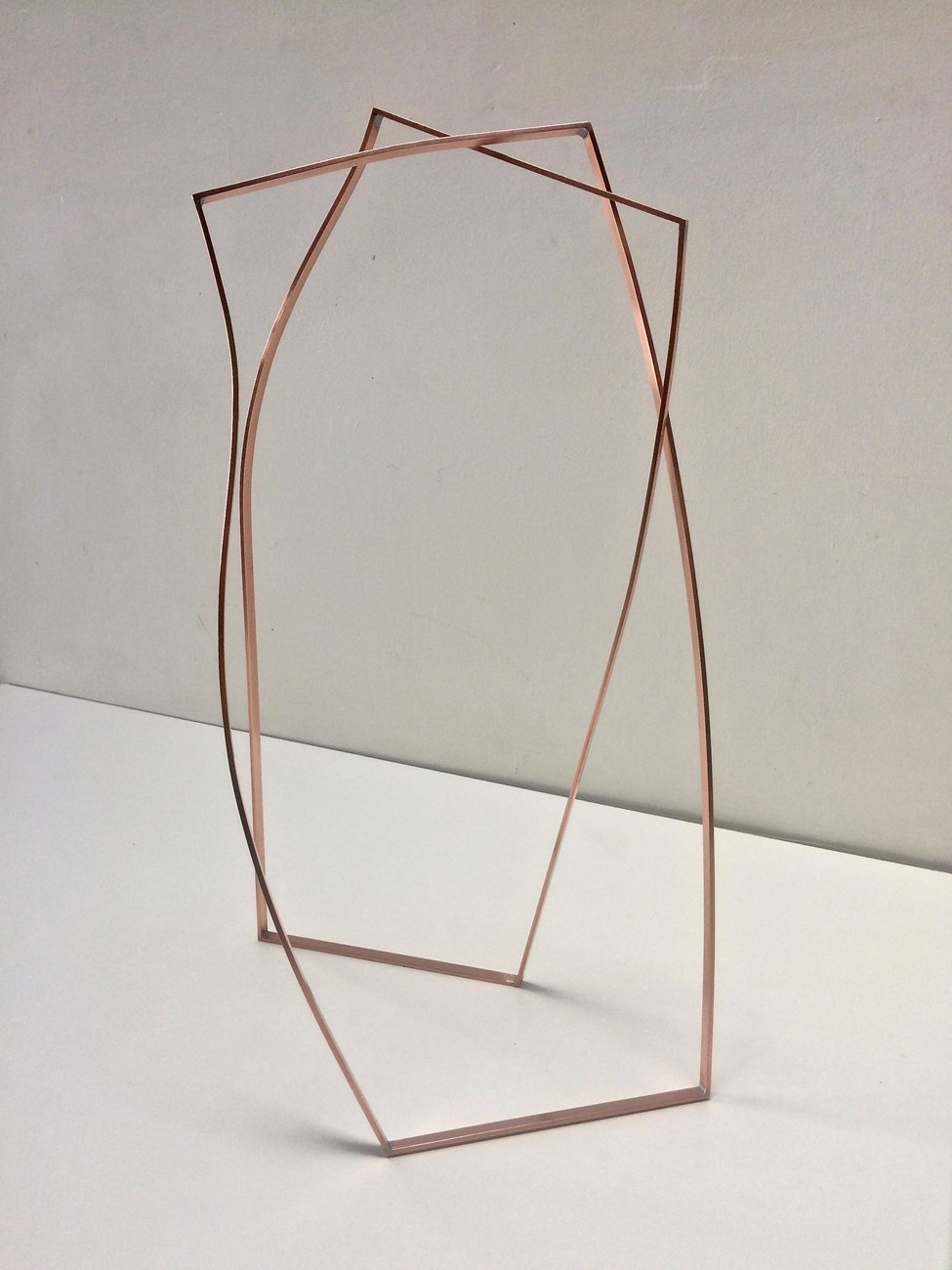 Sited on a white cube situated in the COURTX pavilion, Degrees of Ambiguity, takes
the intersections of the isometric grid as a starting point to create ambiguities as it wraps around the 90 degree corners of the two metre cube.
The installed drawing constructed from the artists drawing kit of charcoal coated shredded paper strips are suspended from rods that protrude from the cube creating additional planes. Precariously held in place with gravity, the lines are anchored by the grid, but not restrained by it. On closer inspection they are irregular and not quite conforming to the structure. This unfixed approach enables the artist to alter the drawing periodically throughout the four weeks of the exhibition to present a sense of fluidity and change.
Three window vinyl artworks on the windows, are placed in rotation of 30 and 60 degrees, to interact with the wall installation presenting further visual ambiguities to the passer by. 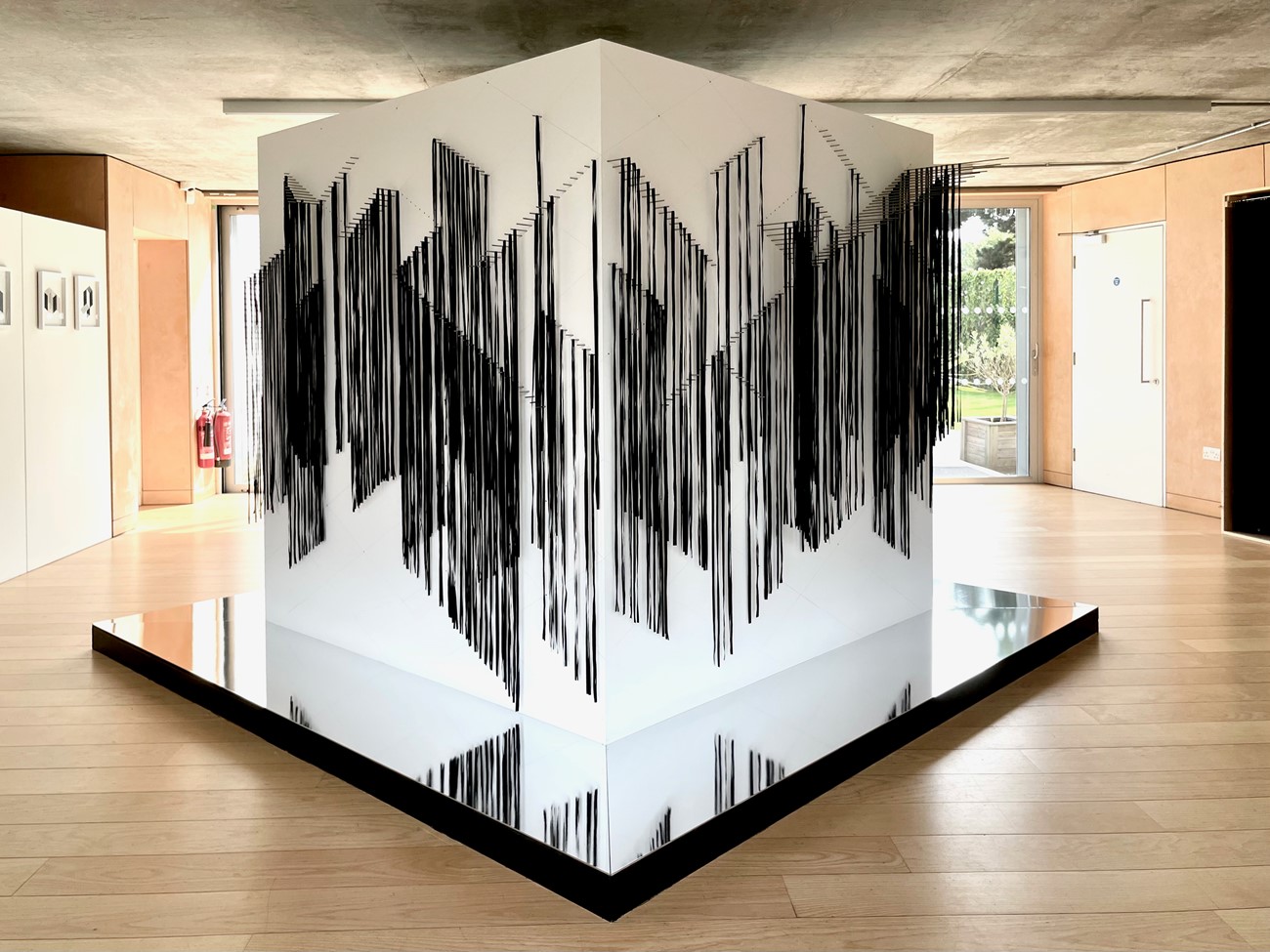 Boundary (I), in between things. 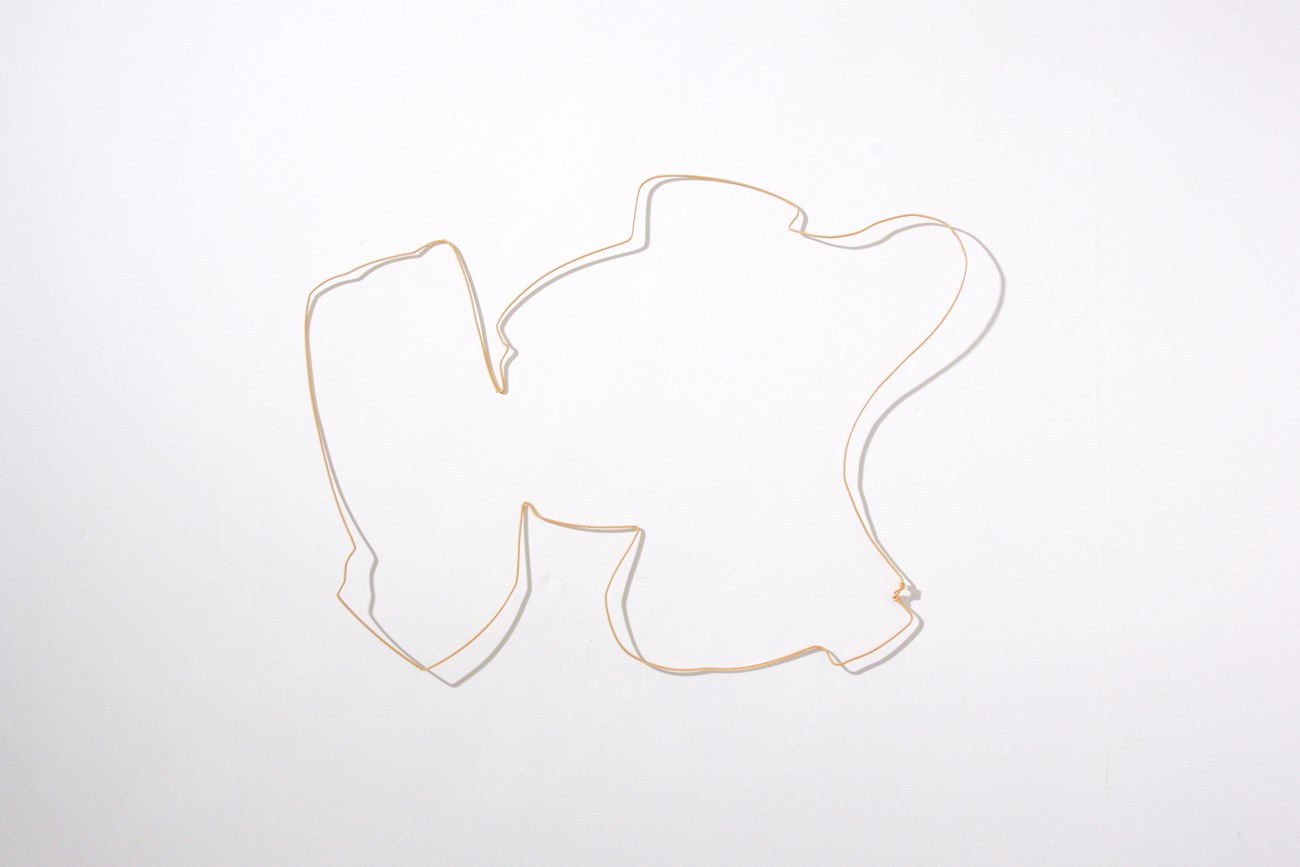 'Retracing Your Steps' is a kinetic drawing installation that runs in galleries over several weeks and the resultant drawings can be considered as collaborative pieces, as they require audience involvement and so become the most democratic of artworks. They are created by tracing people’s journeys through the landscape, by asking them to carry a GPS handset whilst walking. This activity of recording their routes, focuses on ‘simplification’, extracting the single element of movement from the experience, allowing me to examine the relationship with their surroundings, not in the strictly pictorial way, but instead, engaging with it as a notion of place – capturing the environment, rather than the view. The collected data is then reinterpreted by the kinetic, automated drawing machine, which attempts to follow the direction of the routes taken. 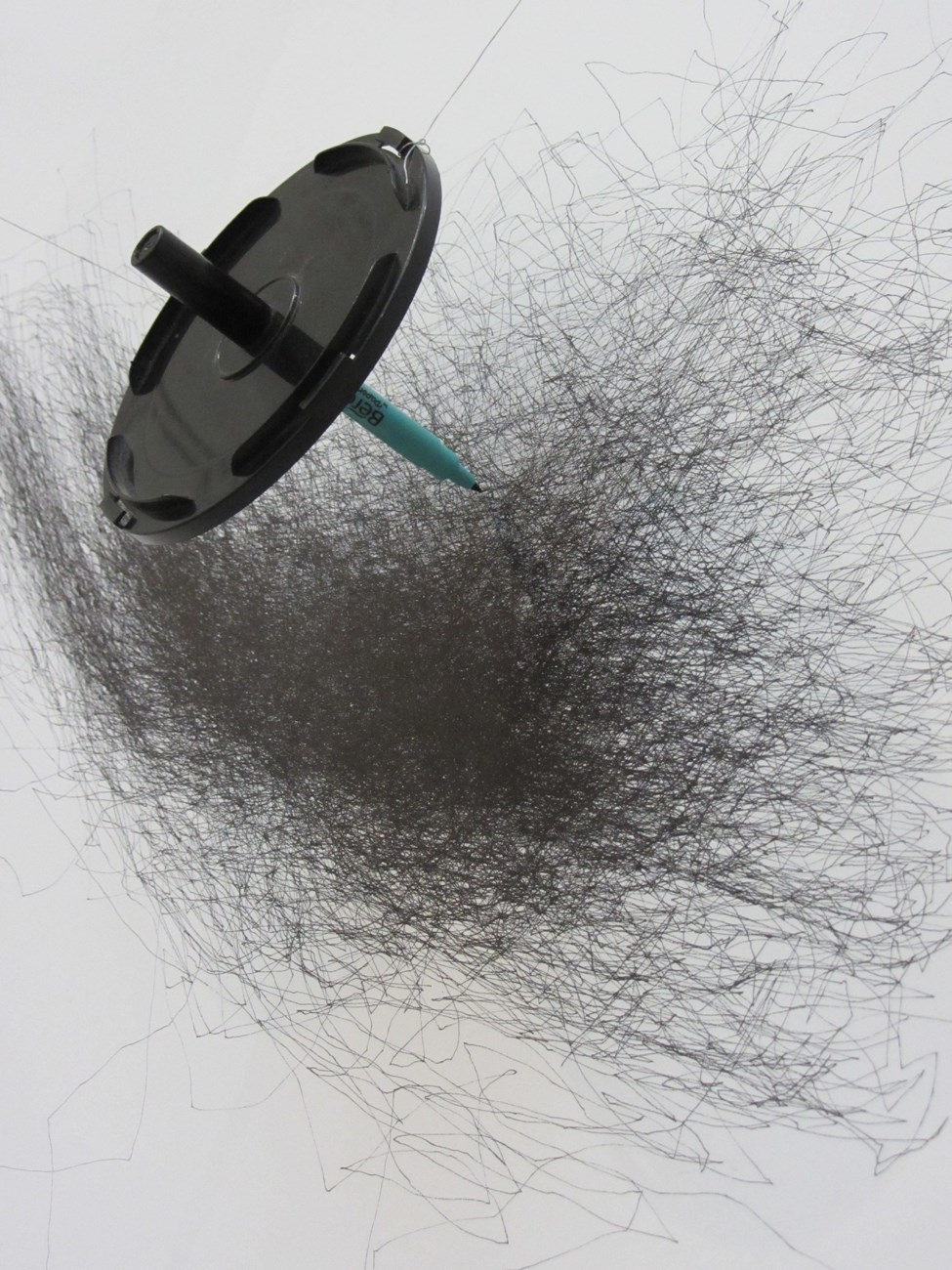 Starting from a square slinky format, the undulating form of ‘Cocoon Line’ is dependent on the set system of joined angles and lengths of the steel angle. The one flat side of the sculpture and the painted yellow colour inside the angle, add to the changing views and energy, accentuating the continuous line and drawing the eye inside. The form of the work, the nature of the material, colour and the process of making are interdependent with an aim to express energy and meaning. 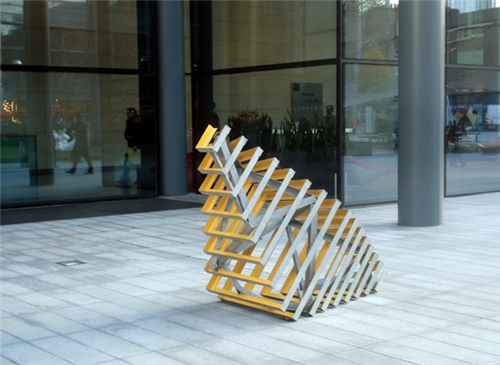